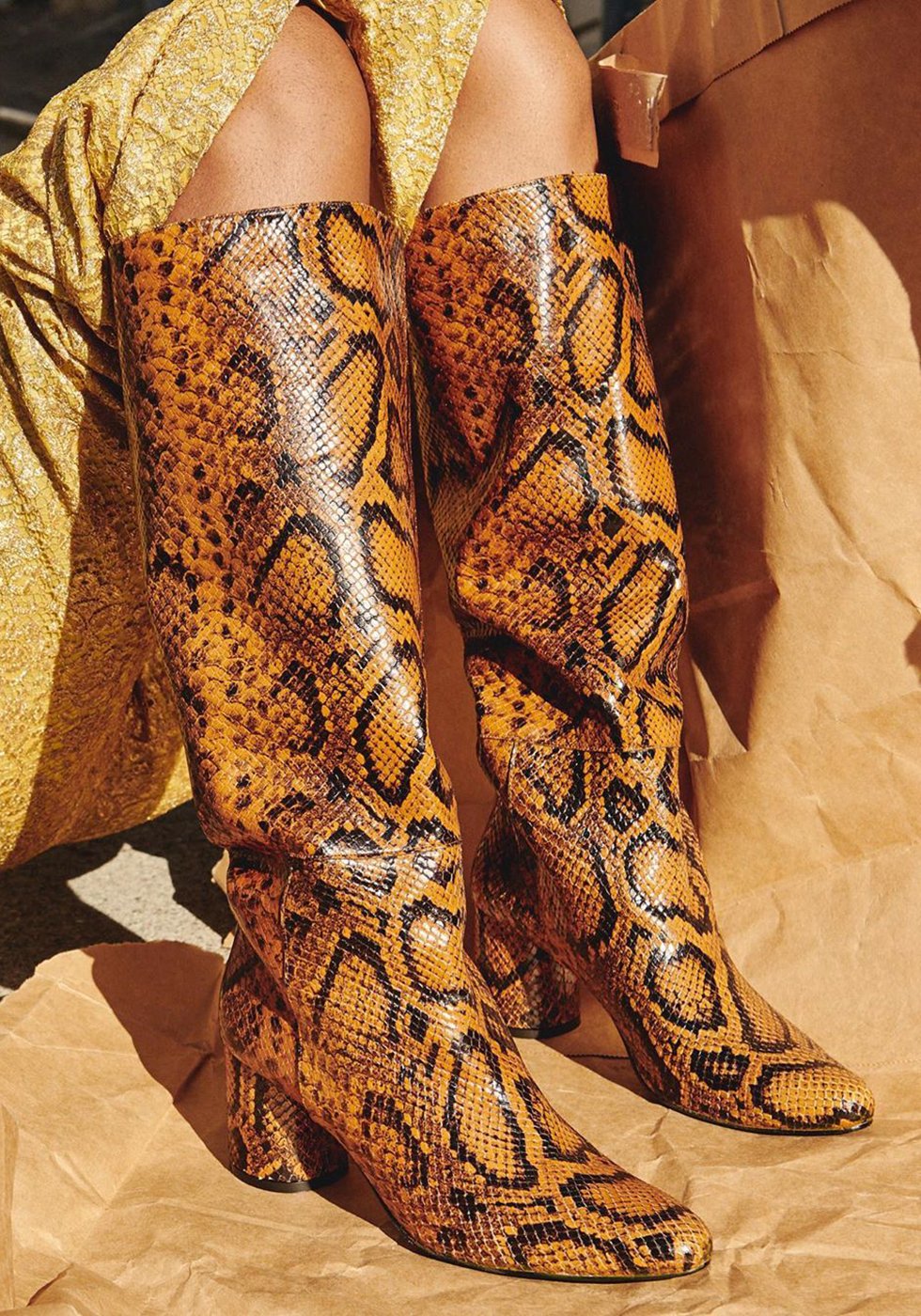 Snakeskin boots are nothing new but man, I'm loving them more than ever right now. I think it might be because the textured fall boot trend is taller, bolder and more colorful than previous seasons. Take, for example, footwear brand Paris Texas. The Italian label has garnered a cult following thanks to their slouchy, knee-high snake embossed boots, which happen to come in nearly every color of the rainbow. Then there's my local favorite Freda Salvador, who's utilitarian, snakeskin effect boots and booties have been in heavy rotation for years. Snakeskin boots aren't going anywhere but take advantage of this season's stunning styles and allow them to slither their way into your closets. Stat! 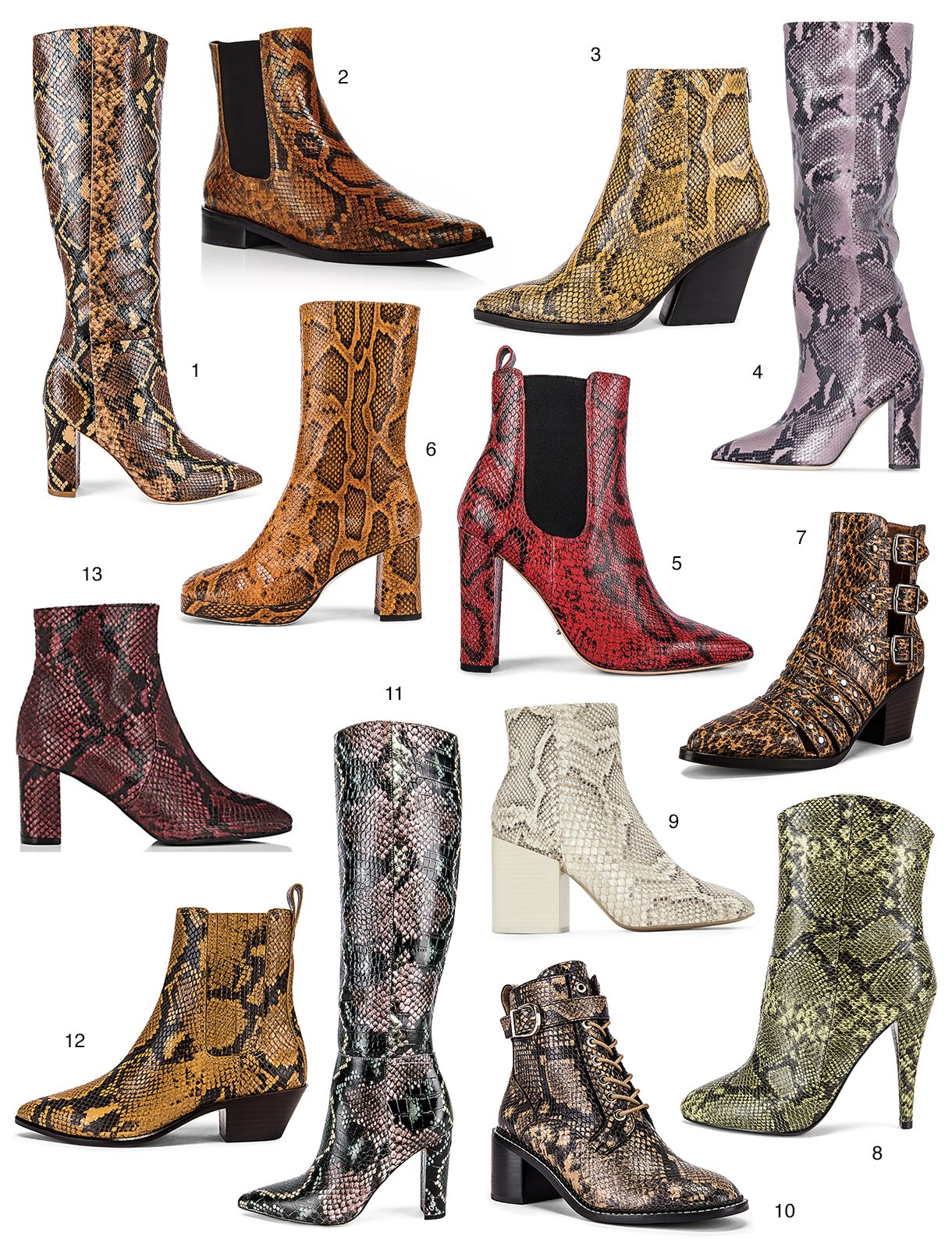