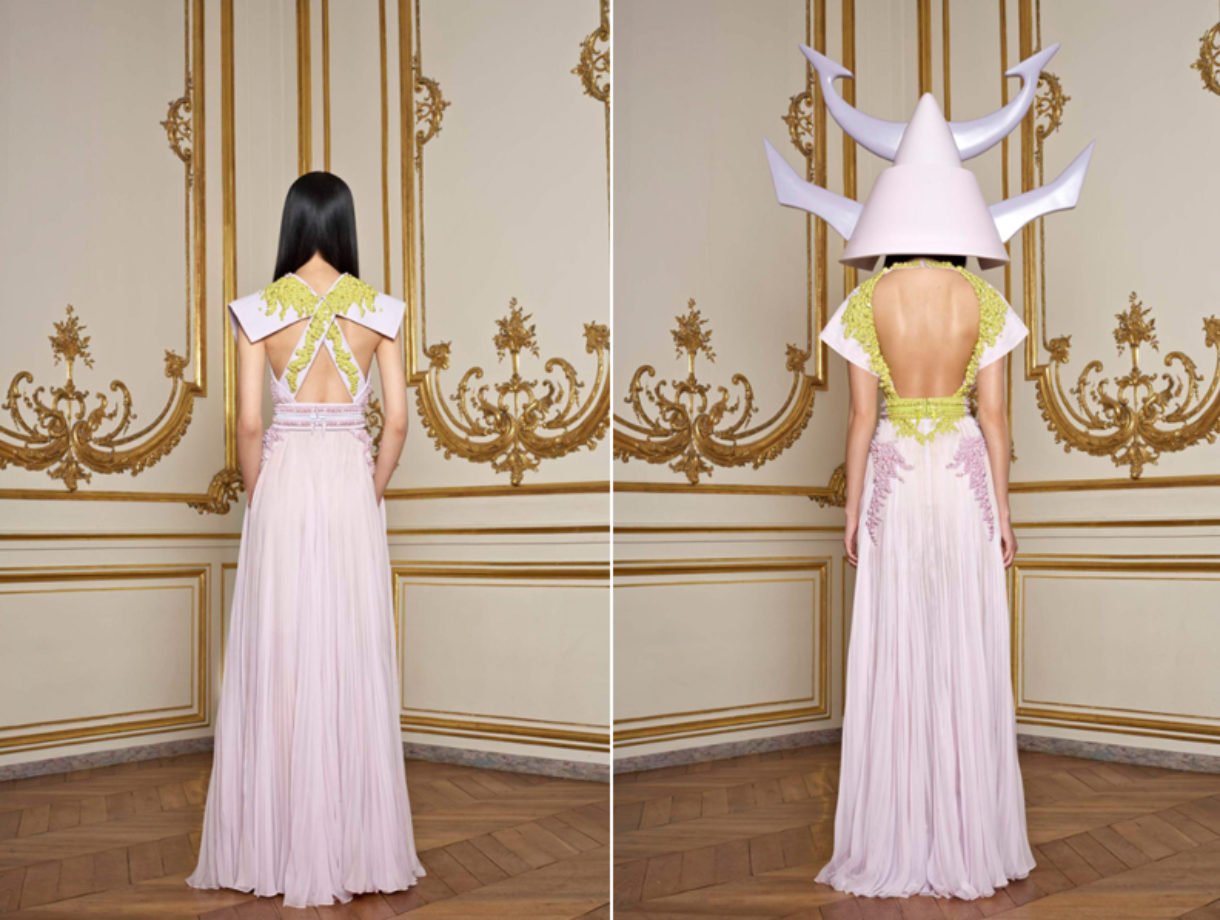 Holy moly. This shit is gonna spread like wildfire. Oscars? Anna? WTF. WOW. Update (now that I’ve picked my jaw up off the floor): This collection was initially inspired by Riccardo Tisci’s admiration for Kazuo Ohno, a legendary Japanese dancer known for a style of  conceptual dance called Butoh. With the late Ohno as his muse plus the influence of Japanese robots and toys, hats by Philip Tracy, and as much as 4,000 hours of sewing for a single dress, Tisci created only 10 looks for his Spring Couture collection. Less is more. Proof. 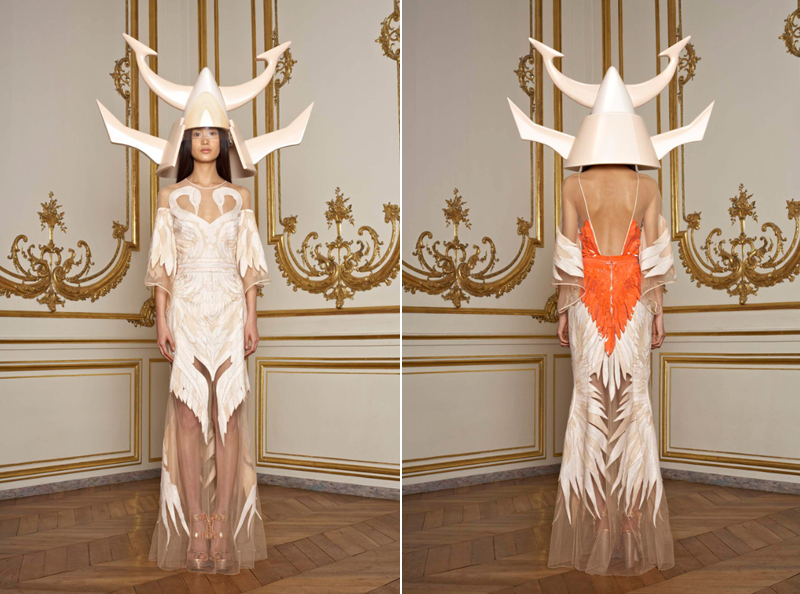 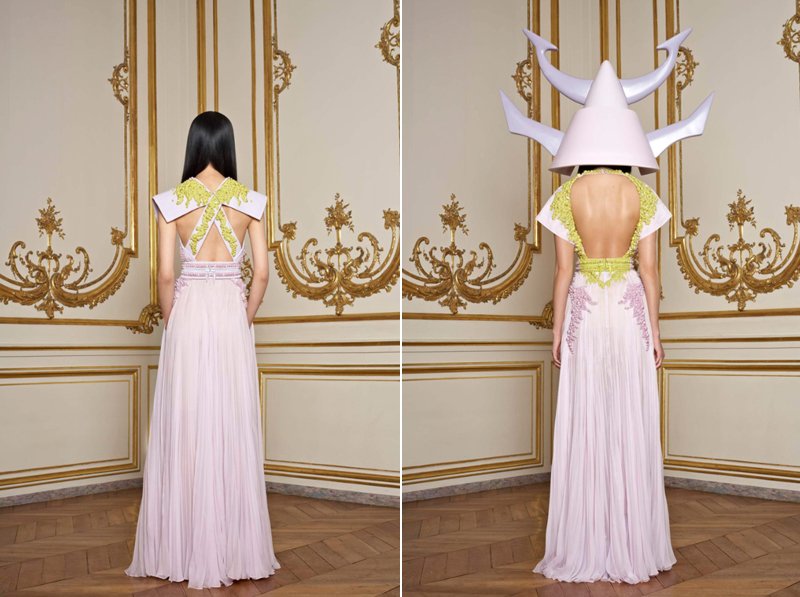 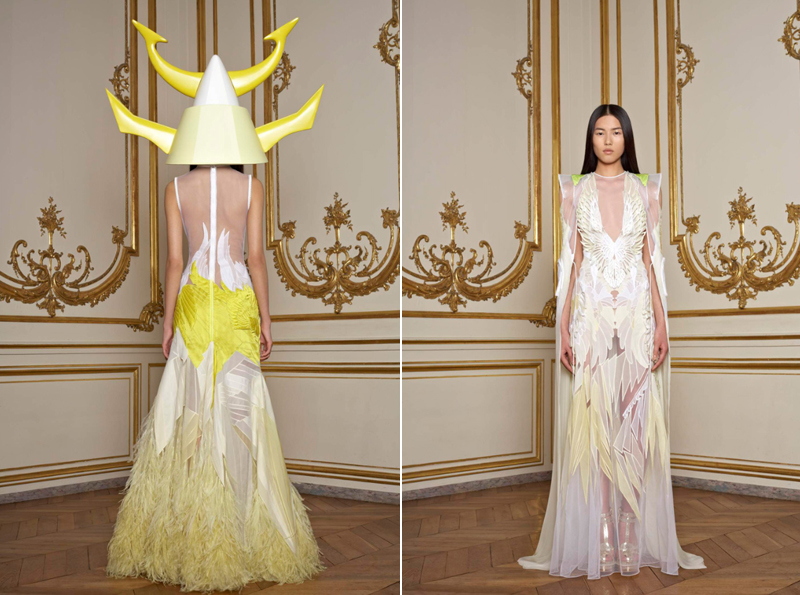 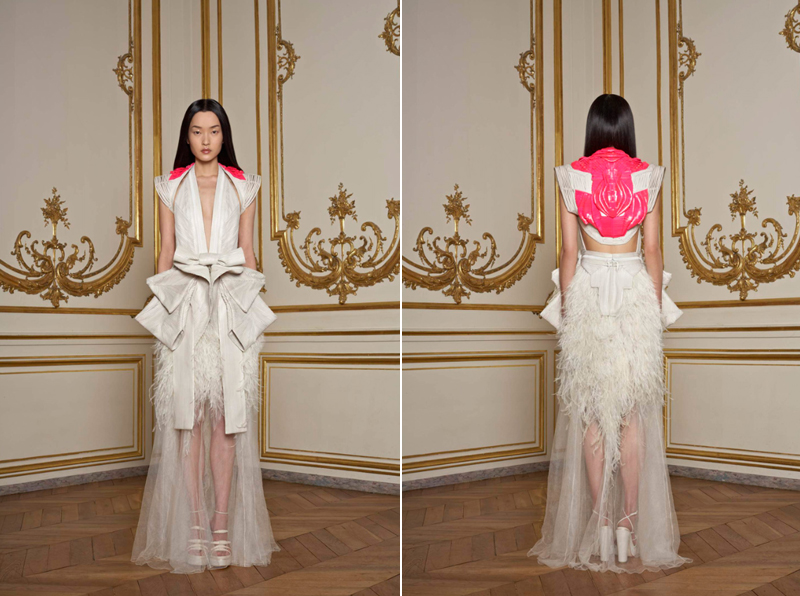