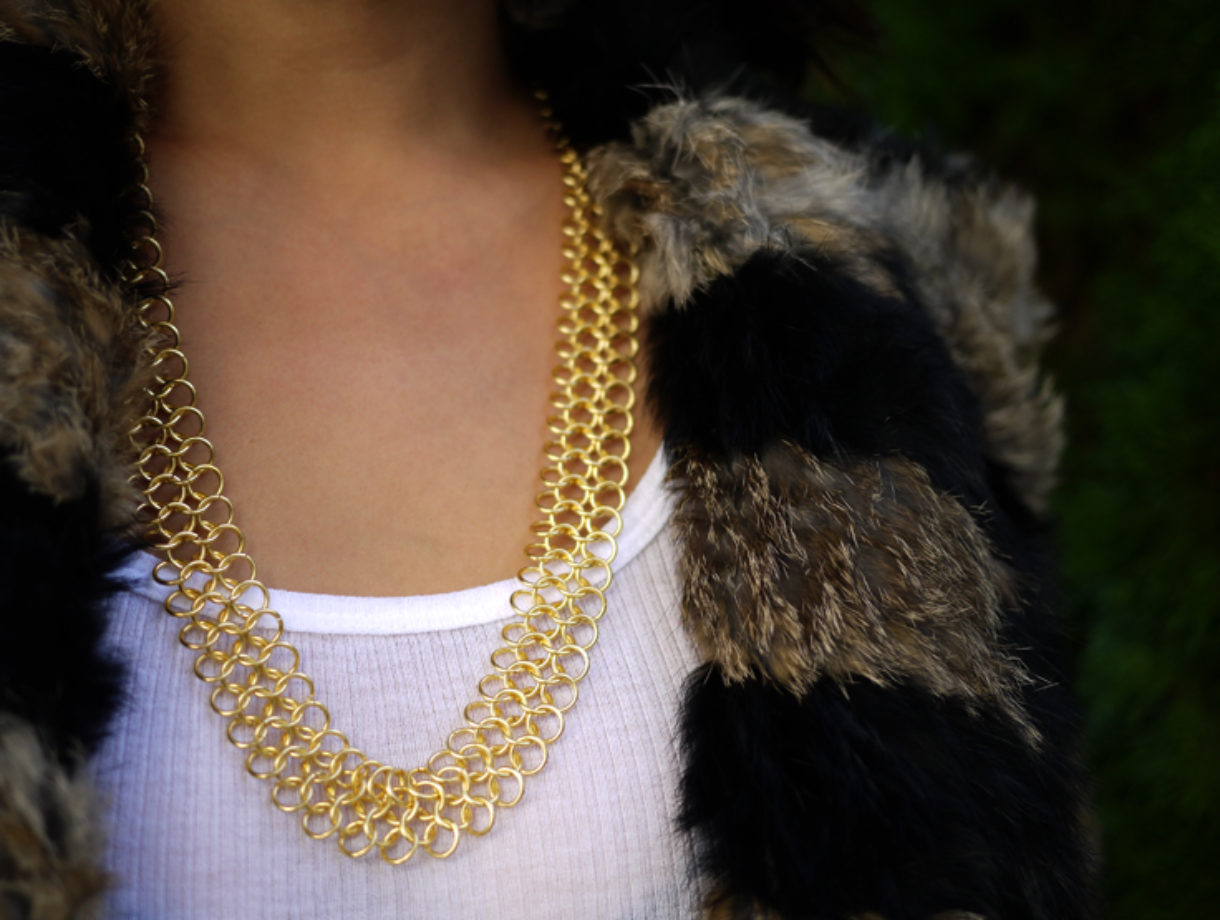 Did you know that chainmail was the earliest form of metal armor and was invented as early as 300BC by the ancient Celts? Used as protective armor for centuries by multiple cultures, it’s still being made today – often in the form of jewelry. It’s a method I was determined to teach myself years ago as a jewelry designer and I’m so excited to share the most simple chainmail necklace tutorial. Don’t let the process intimidate you, it’s actually quite easy! So grab your pliers and let’s get medieval . . . 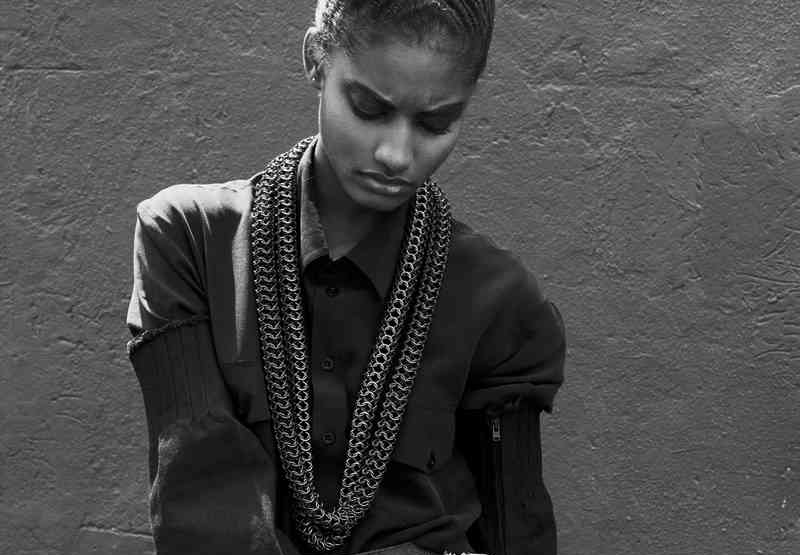 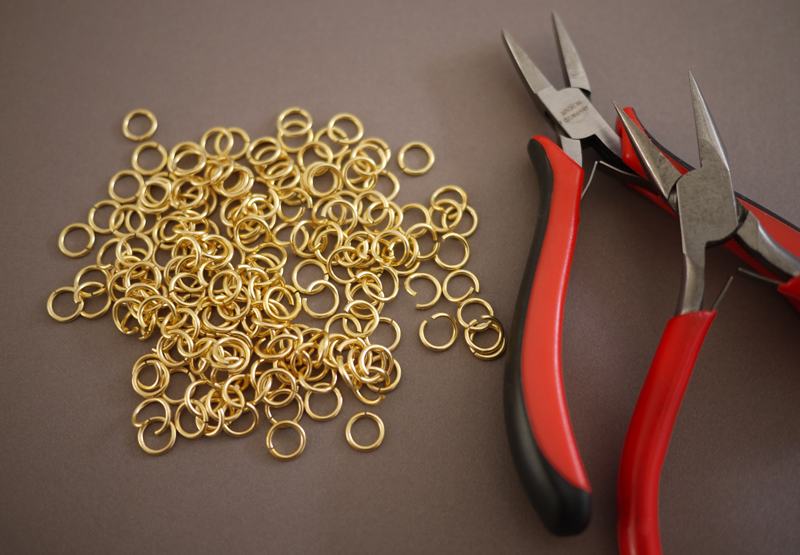 Start by separating the jump rings into two halves: 175 open and 175 closed. 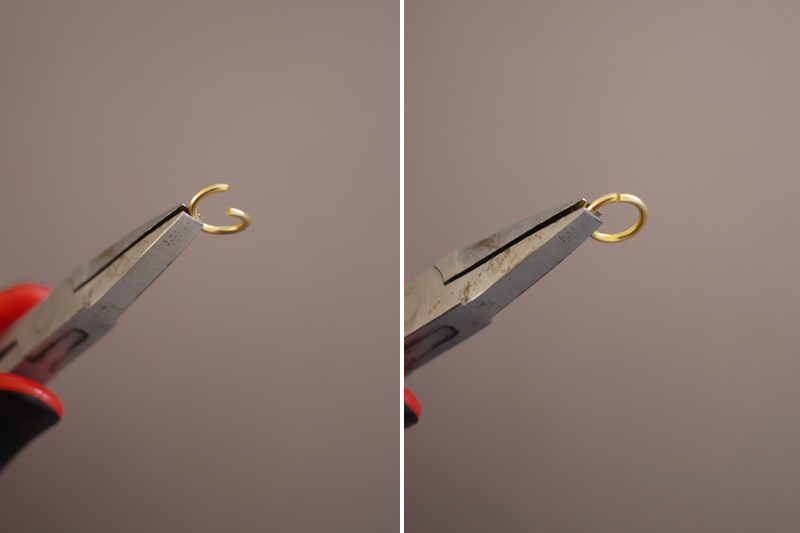 Thread three closed jump rings onto an open jump ring. Close the ring. Spread the three rings apart, with the rings looking exactly as shown below. The bottom ring will be the end of the necklace and the top two rings, which are spread open over the middle ring, will be where the chain mail begins. 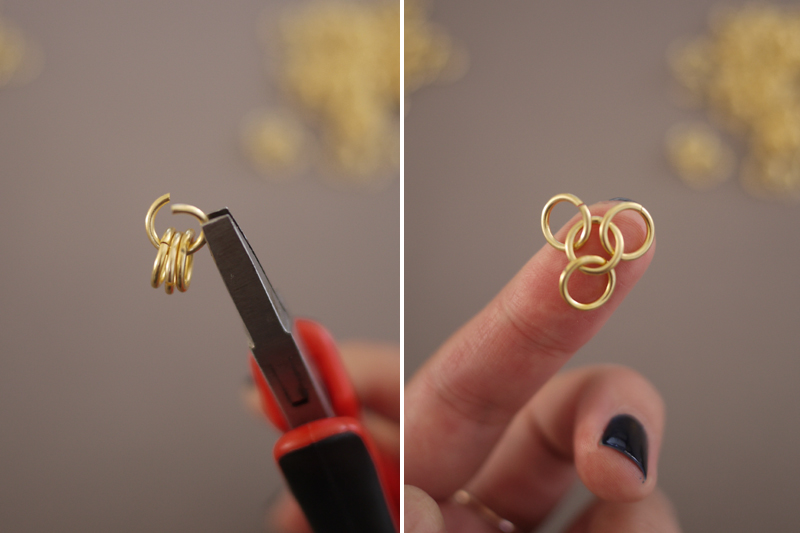 Keeping the rings in place with your forefinger and thumb, take an open jump ring and hook it through the front side of the two rings. 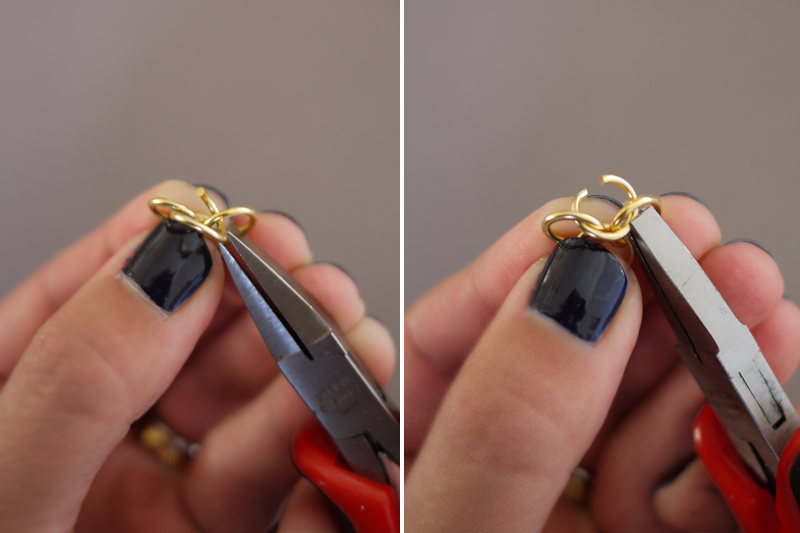 Add 2 closed rings to the open ring and close. 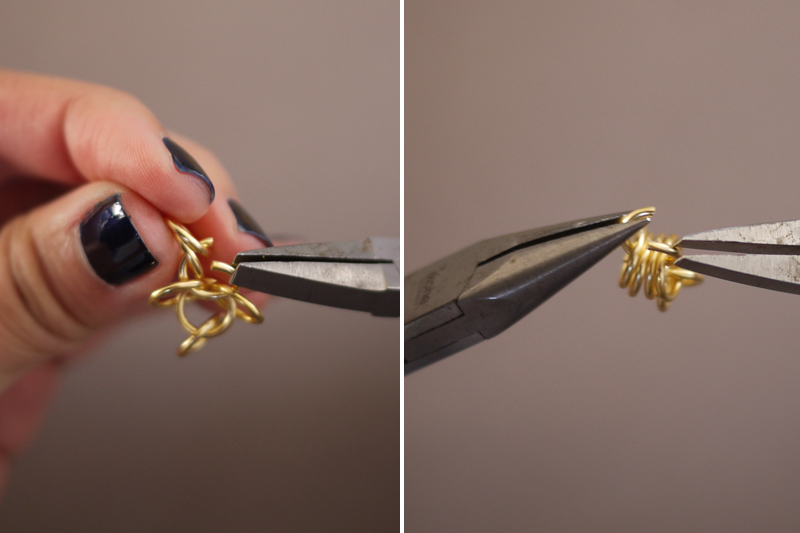 Spread the two rings apart in the same way as the first set of rings. Take another open jump ring and hook it through the front side of the top two closed rings. 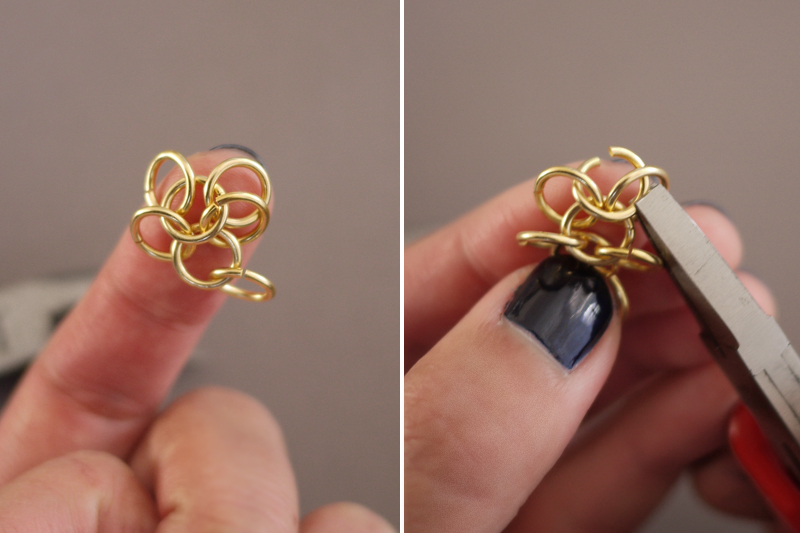 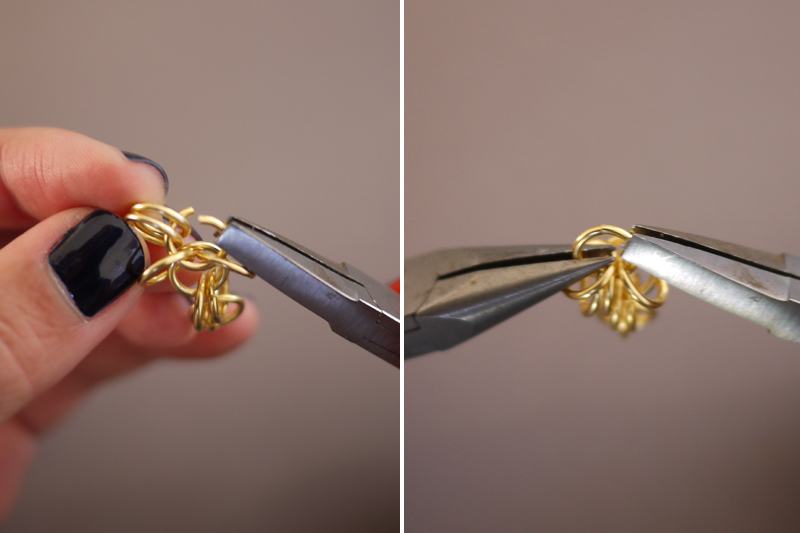 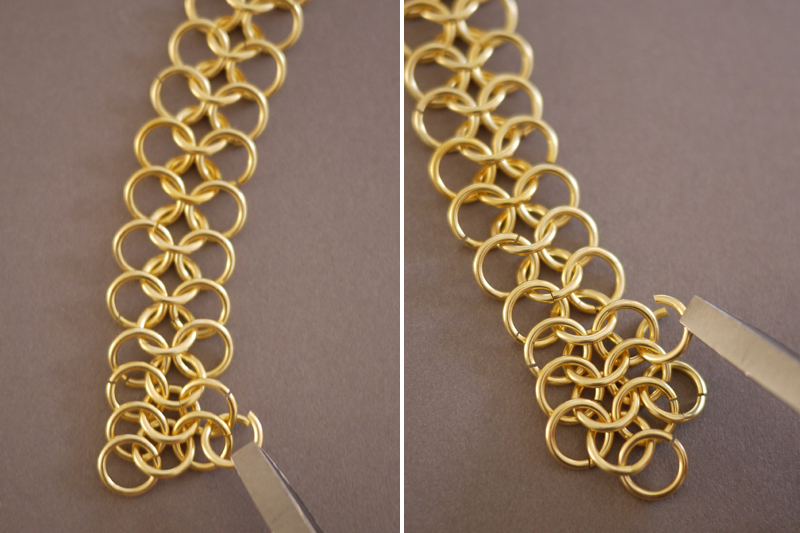 I stopped at 4 rows but you can continue adding rows for a more bib-like necklace. 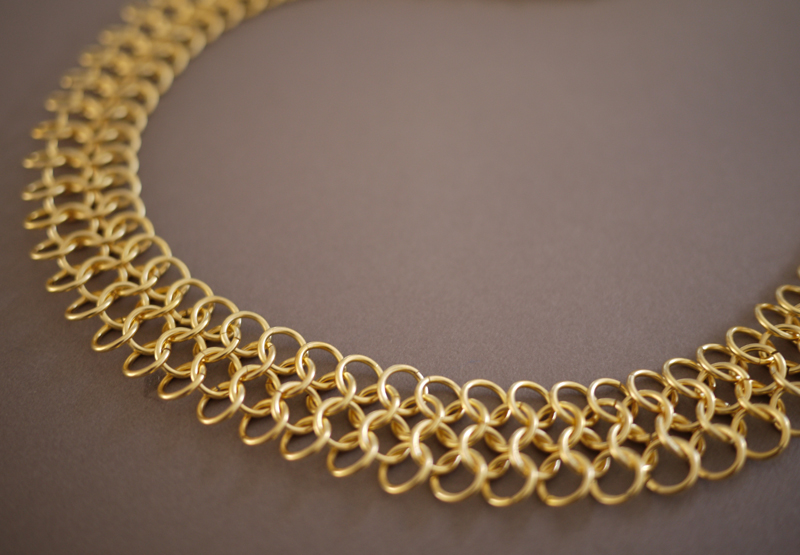 Connect the two ends with a single jump ring or clasp. 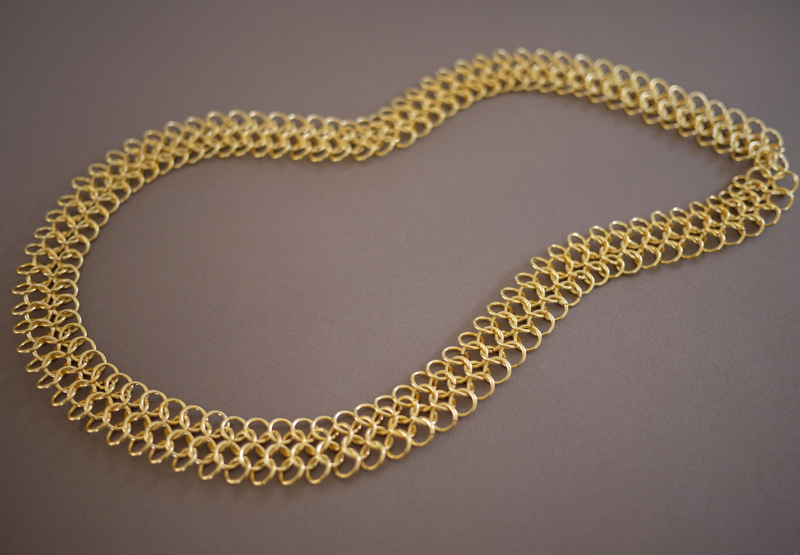 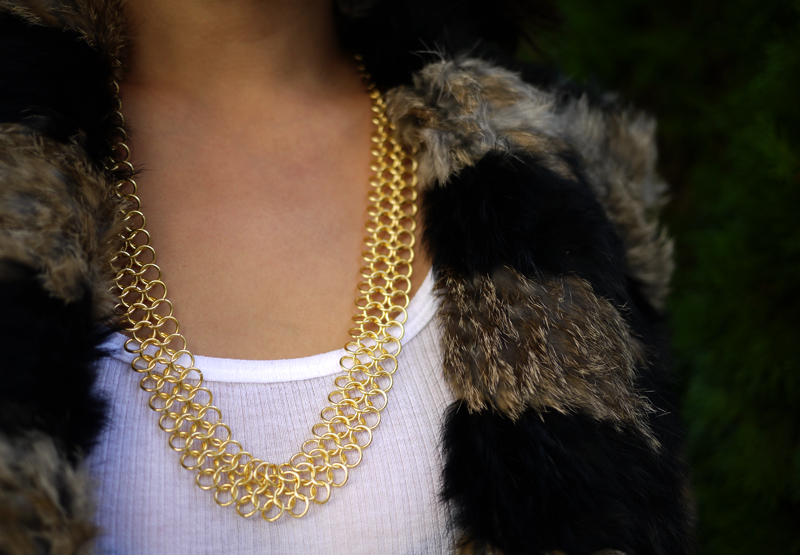 (top image from here, rest of images by HonestlyWTF)