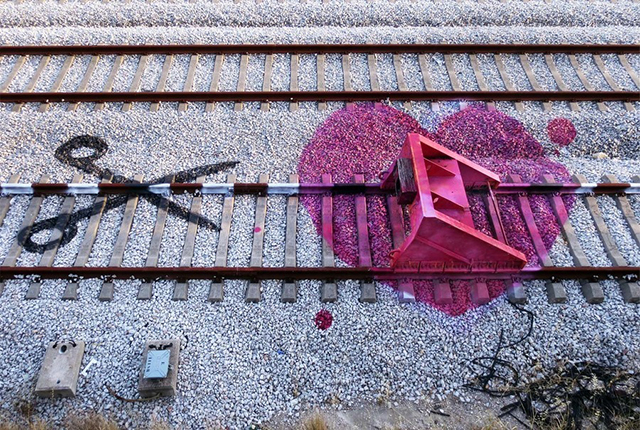 Art runs deep in Artur Bordalo’s family. His grandfather, Real Bordalo, was a well known landscape artist in Lisbon. And now Artur, also known as Bordalo II, has made a name for himself with his playful street art and mixed media collages. Created along train tracks in his native Portugal, Bordalo II uses the horizontal tracks to create large scale works of art. With titles like “Heart Attack” and “This is How We Live,” he infuses his sense of humor and personality into each piece. It’s almost a shame that the trains run right over them, but for Bordalo II, that’s just a part of the work. 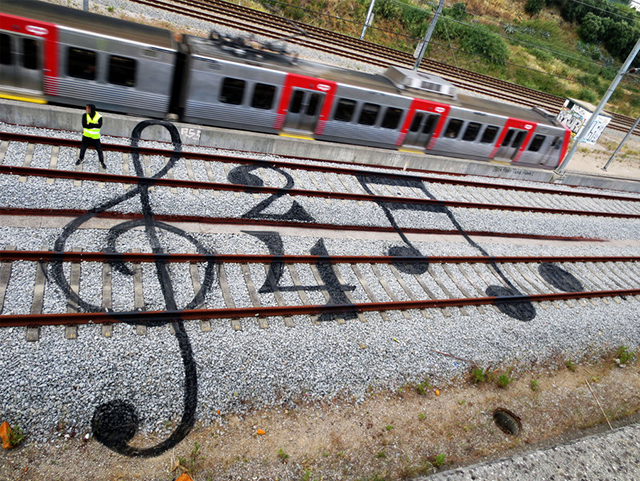 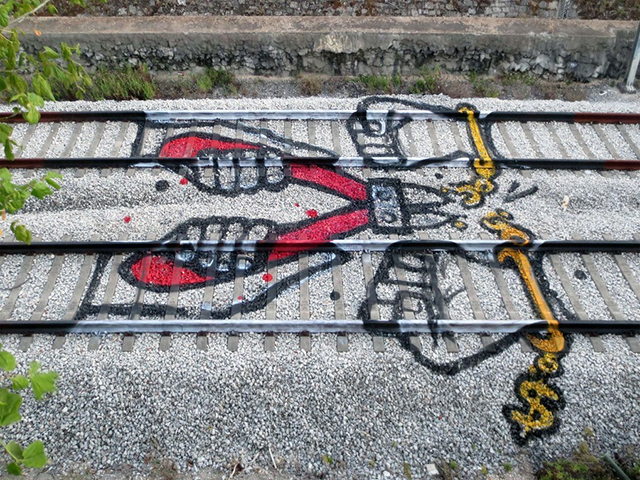 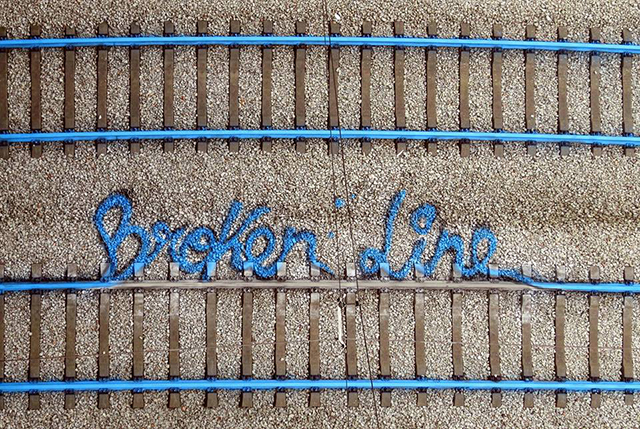 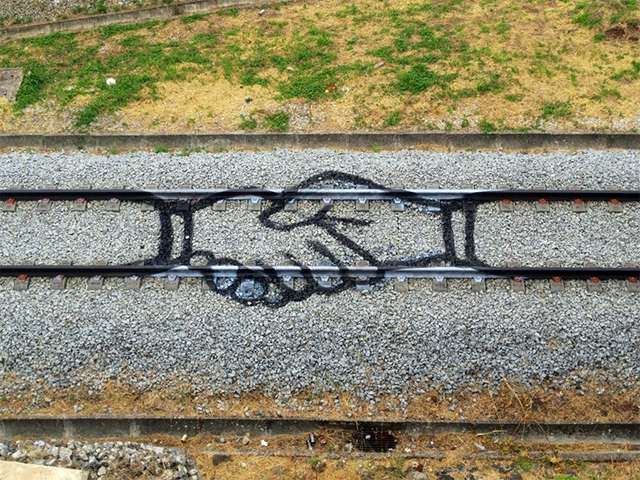 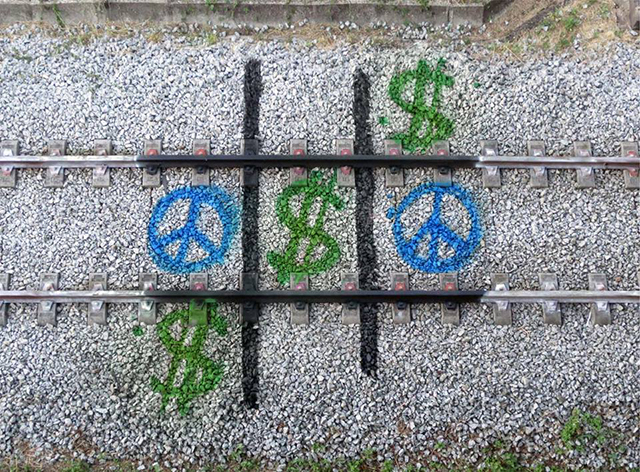 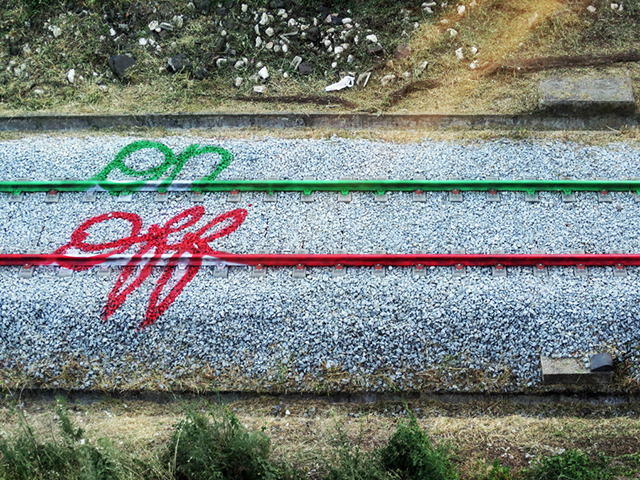 (via This is Colossal)