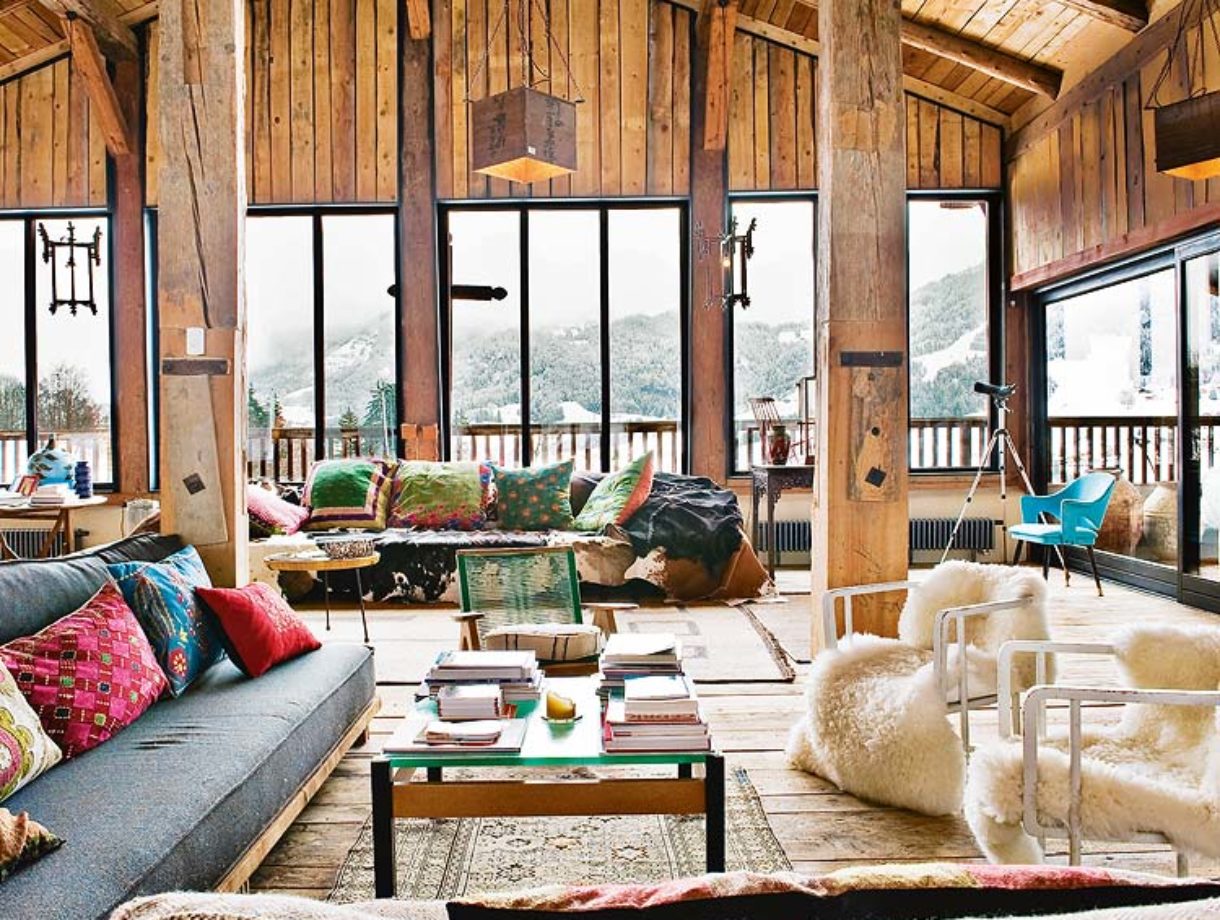 Can you believe this charming chalet, nestled in  the French Alps, was once a farmhouse originally built in the late 19th century? Belgian designer Lionel Jadot was commissioned to not only restore the old building, but also transform it into a modern day cabin with his eclectic and ethnic interior touches. With oversized windows looking onto Mont Blanc, a sheepskin covered outdoor nook, kitchen counters covered in Bisazza mosaic, and an abundance of colorful textiles, this wintery retreat is a slice of bohemian heaven. 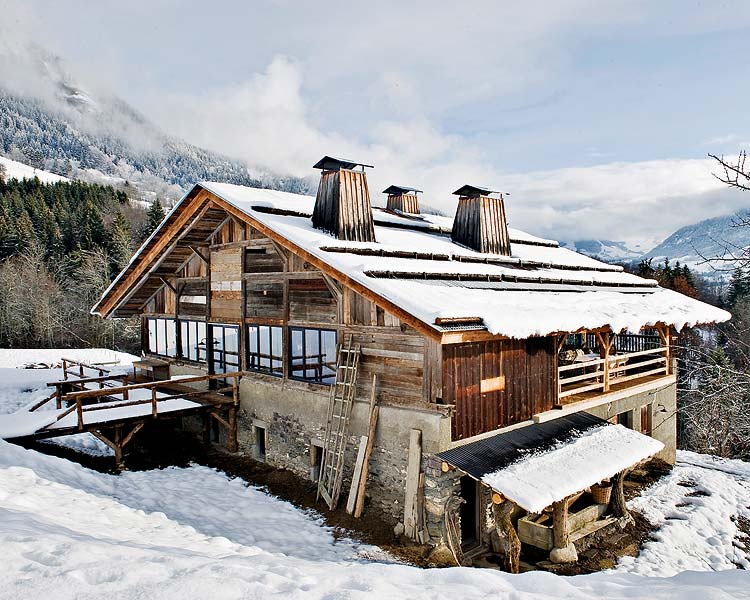 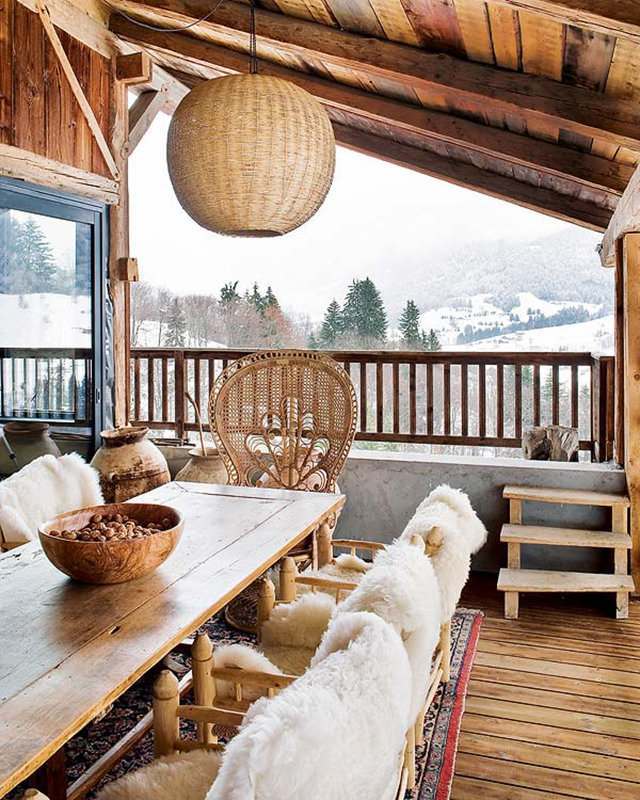 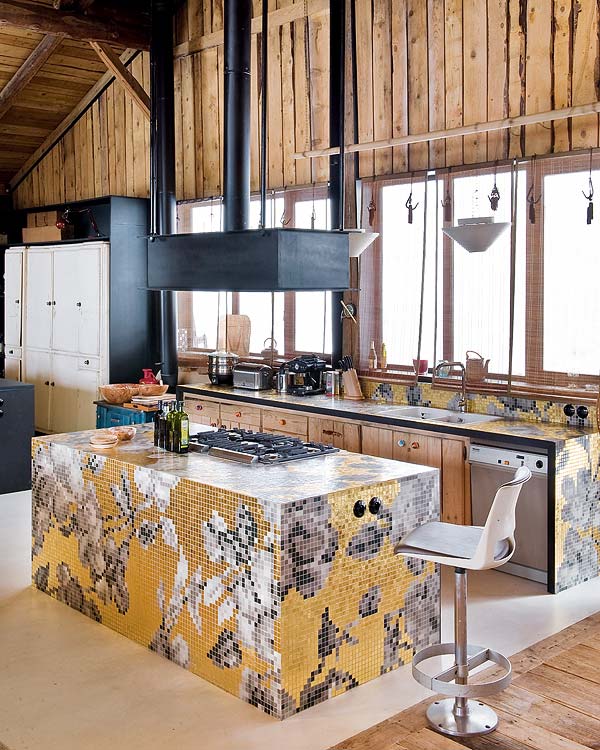 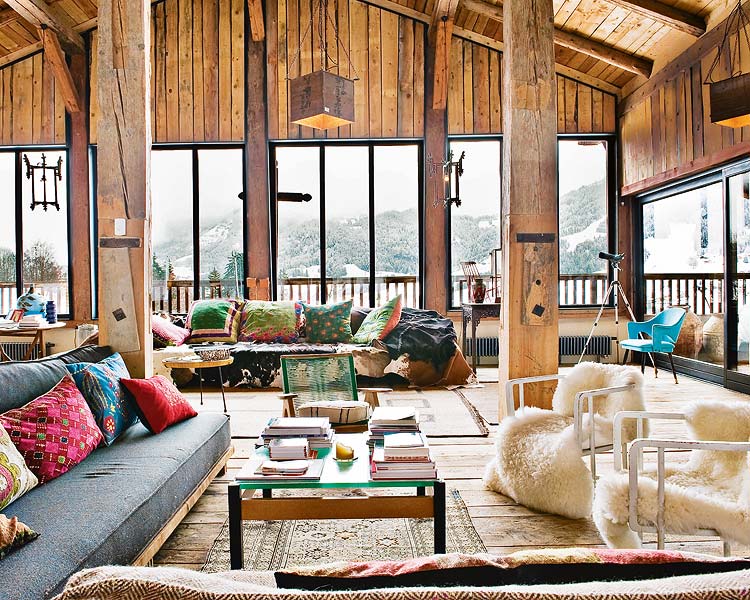 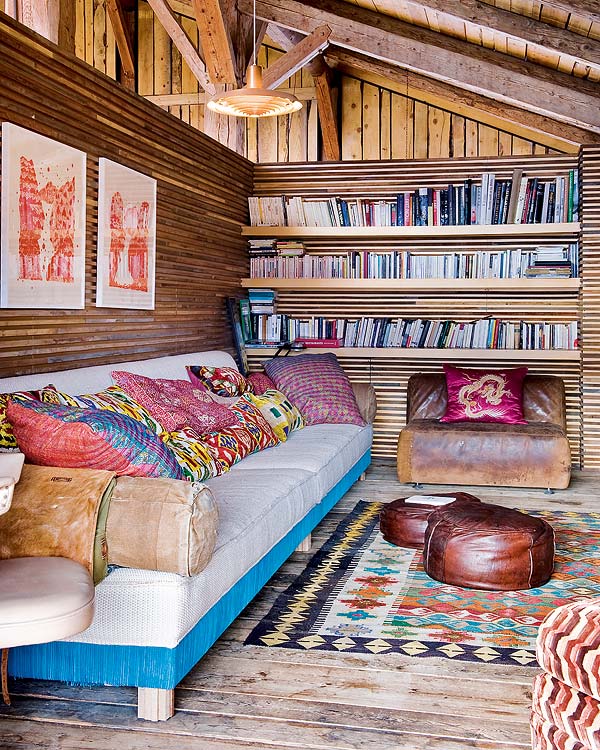 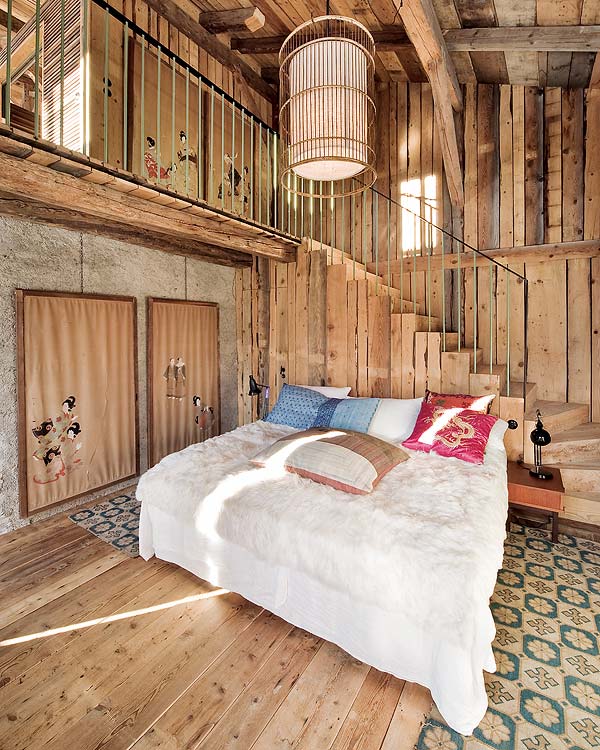 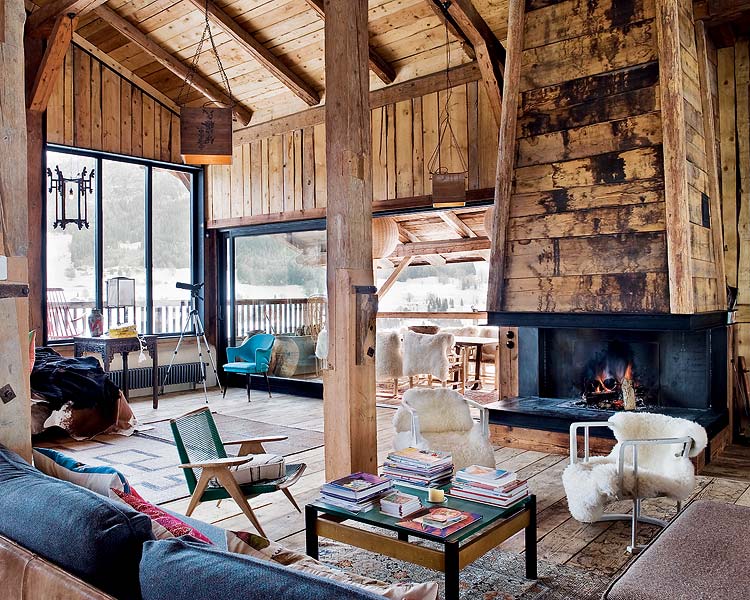 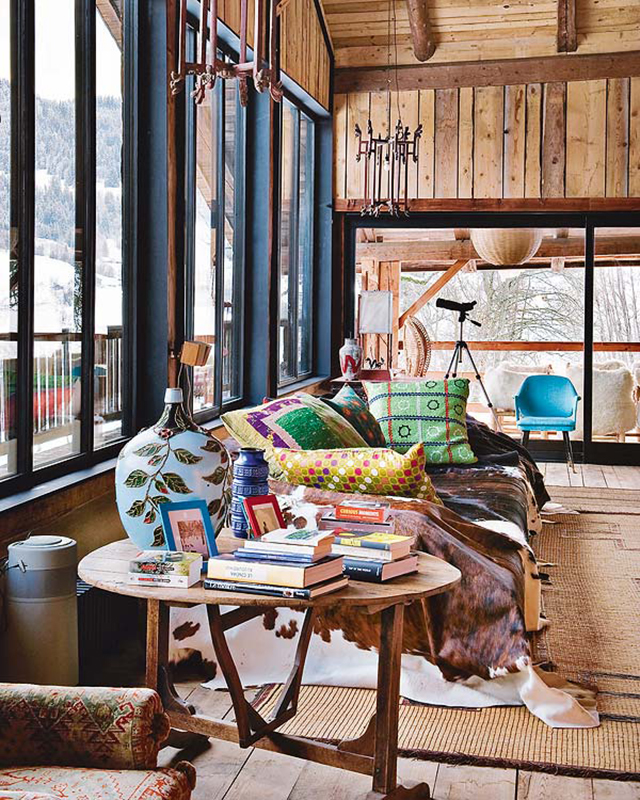 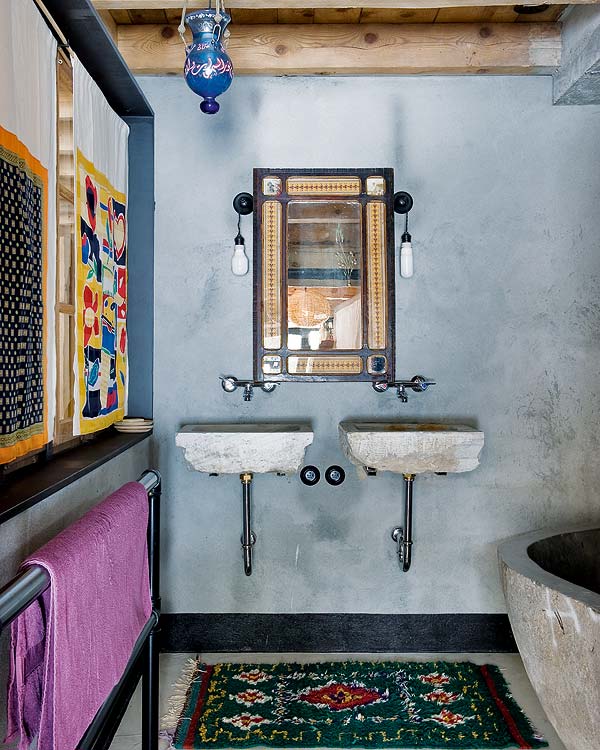 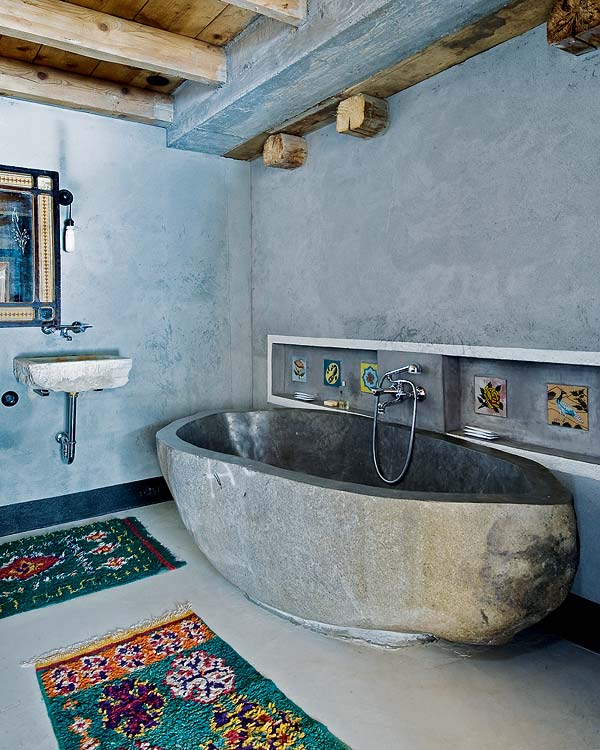 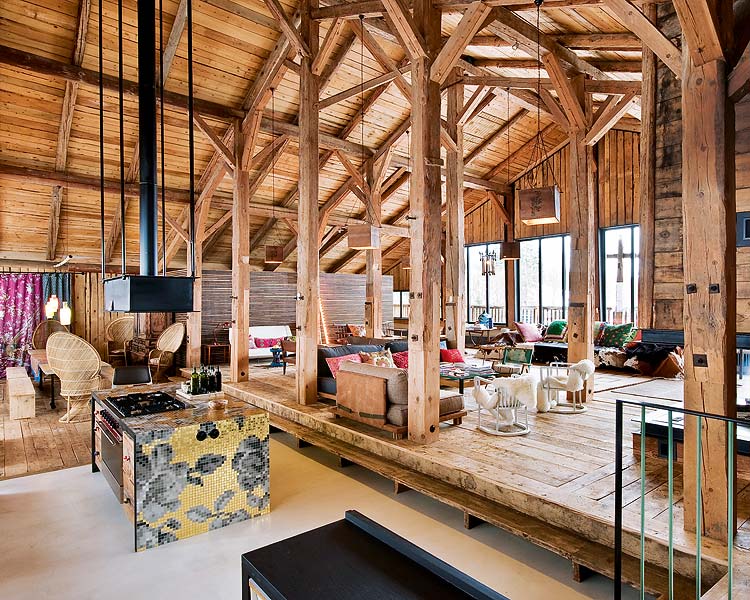 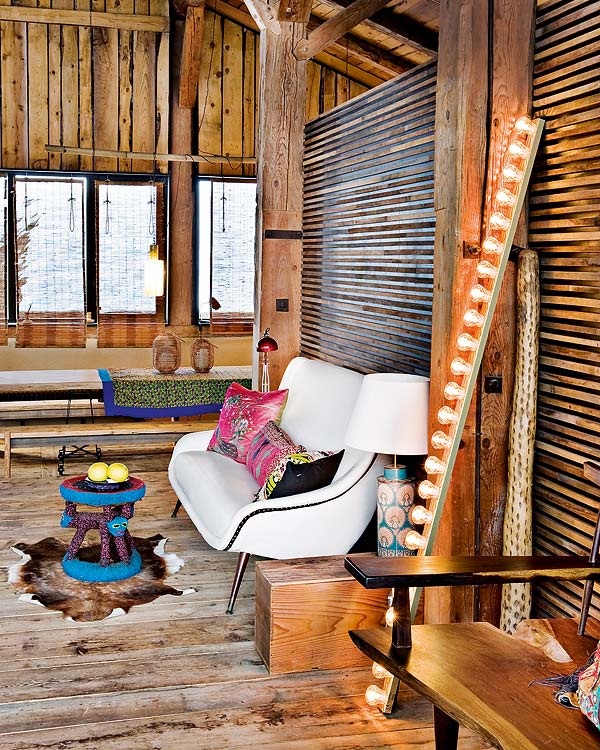 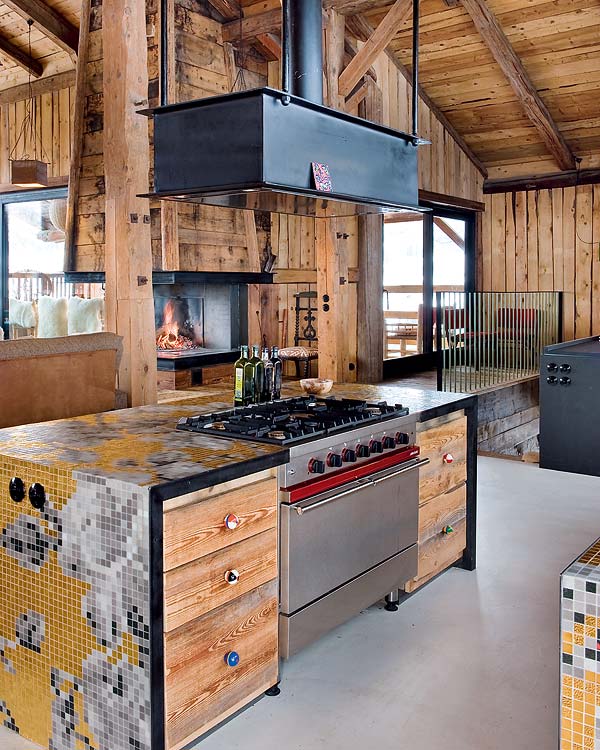 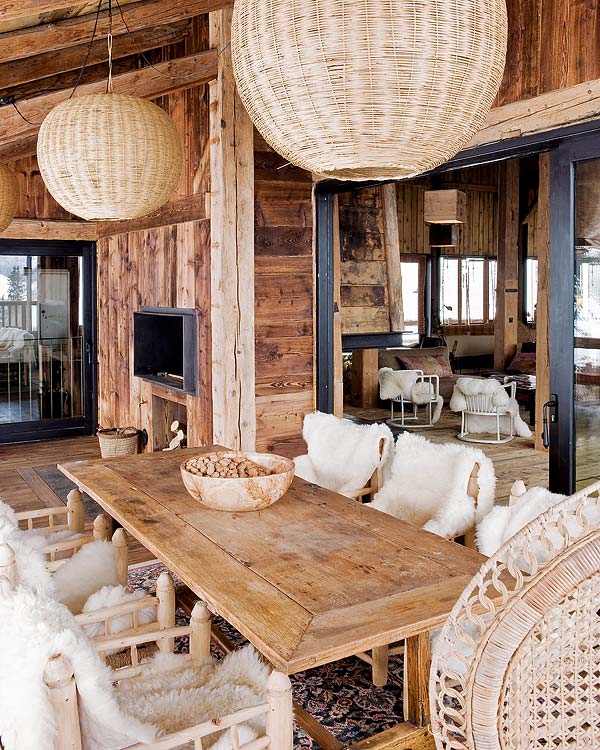