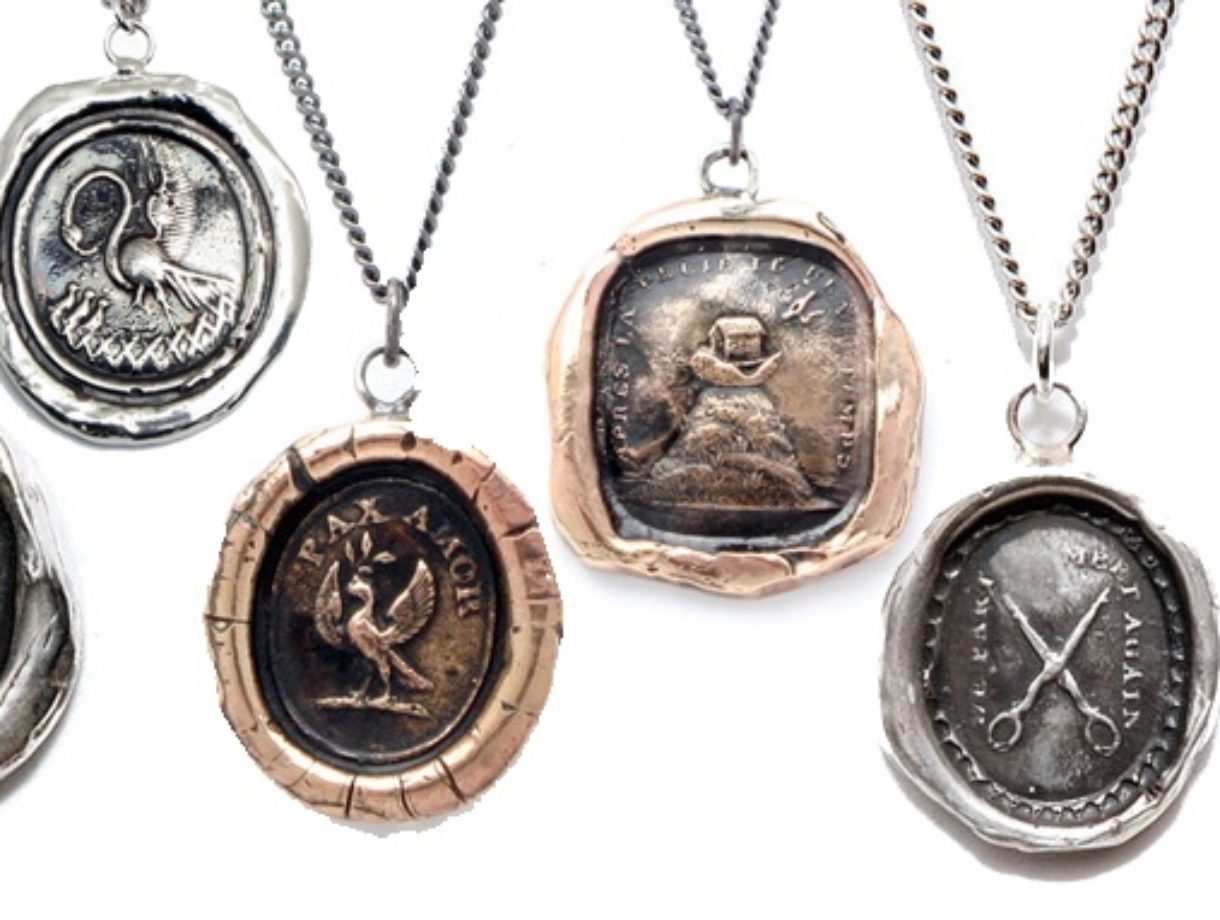 These Talisman necklaces from Pyrrha are cast from authentic 19th century wax seals and each design has a symbolic meaning taken from family heraldry.  A Talisman is an amulet or object considered to possess supernatural or magical powers and the name Pyrrha is derived from the myth of Pyrrha and Deucalion, the only two survivors left after a great flood.  To repopulate the earth they threw stones over their shoulders – the stones that Pyrrha threw became women, and the stones that Deucalion threw became men.  How magical is that?  I love that these necklaces hold so much meaning: the Dagger representing courage, the Pelican representing maternal instinct, etc.