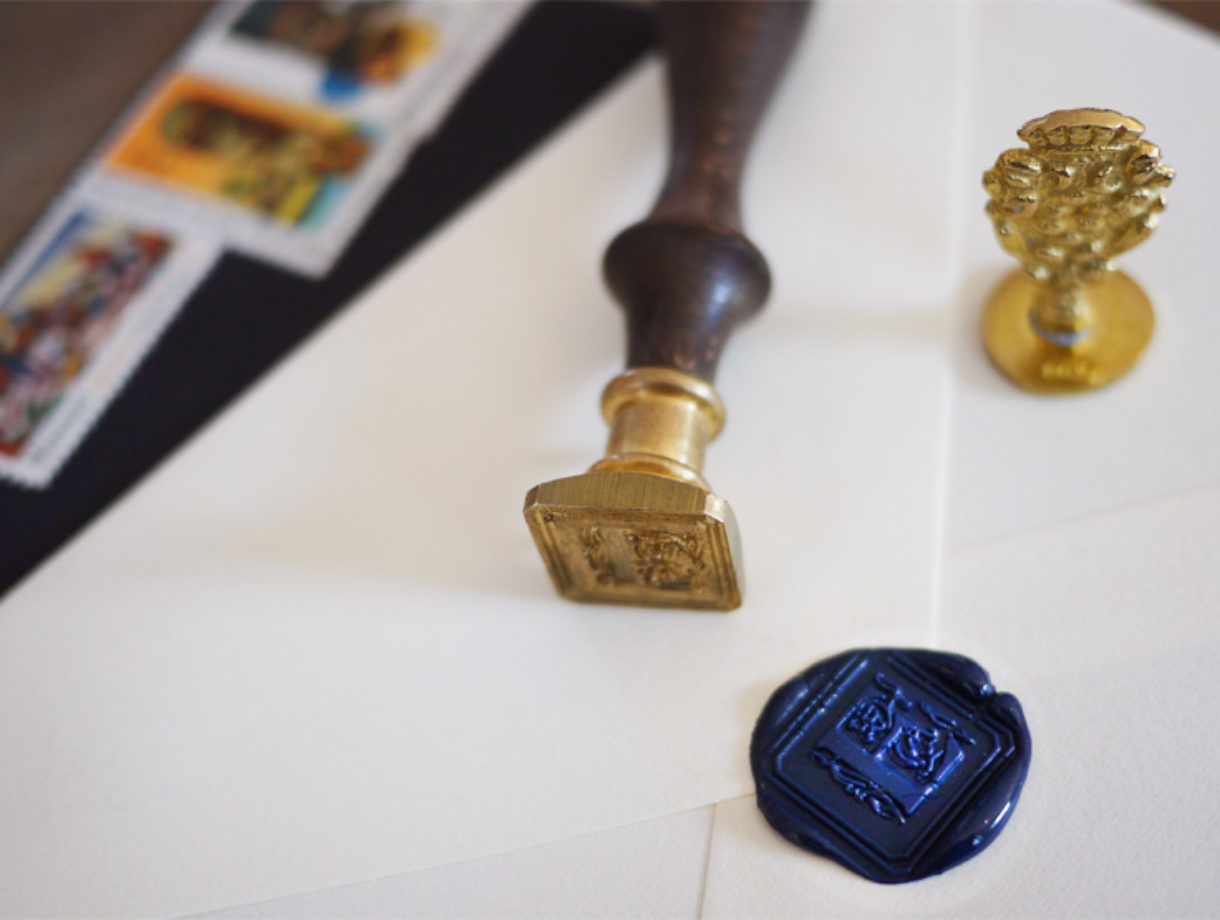 Though we live in an age where life seems unfathomable without the existence of email (or internet – GASP), you must admit finding a letter or invite in your mailbox is always a momentous and welcoming occasion. Familiar with that sweet feeling that comes along with receiving a handwritten note, I’m making an early 2013 resolution to send more thank you’s, miss you’s, and just because’s through the postal service. I’ve also recently perfected the art of wax seals as part of this newfound effort! It’s all about the little details, right? 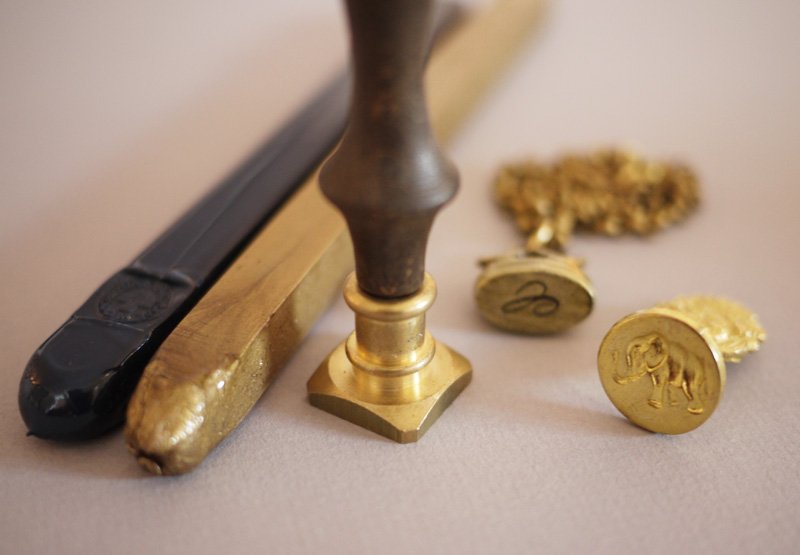 Start by lighting a candle. Hold the stick of wax about half an inch above the flame. When melting wax, it’s very important not to touch the wax to the flame as it will start to burn and smoke. Allow the heat of the flame to melt the wax, not the flame itself. Watch the tip carefully as it starts to melt. As soon as it wants to drip, rotate the stick quickly – don’t worry if some wax drips into the candle. Just continue rotating for a full minute or until the end of the wax stick looks completely melted and soft. 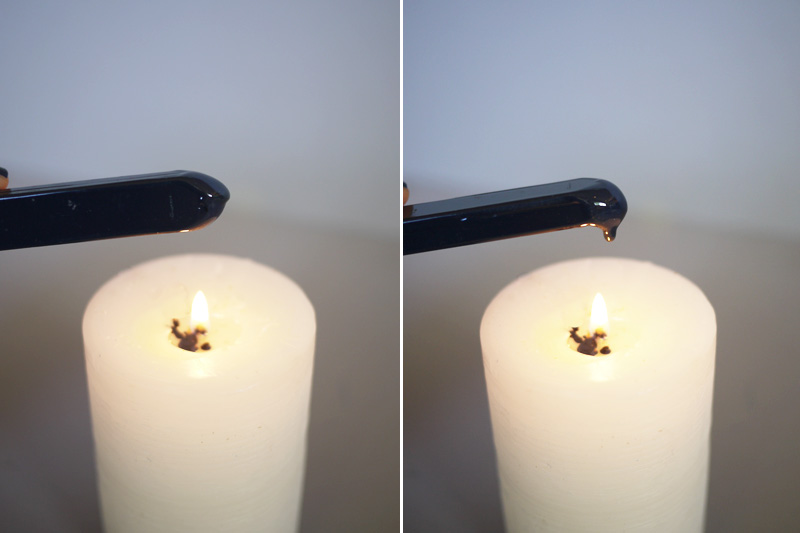 Quickly apply the melted wax to the back of the envelope. Remove the stick and press the seal directly on top of the wax for a few seconds. 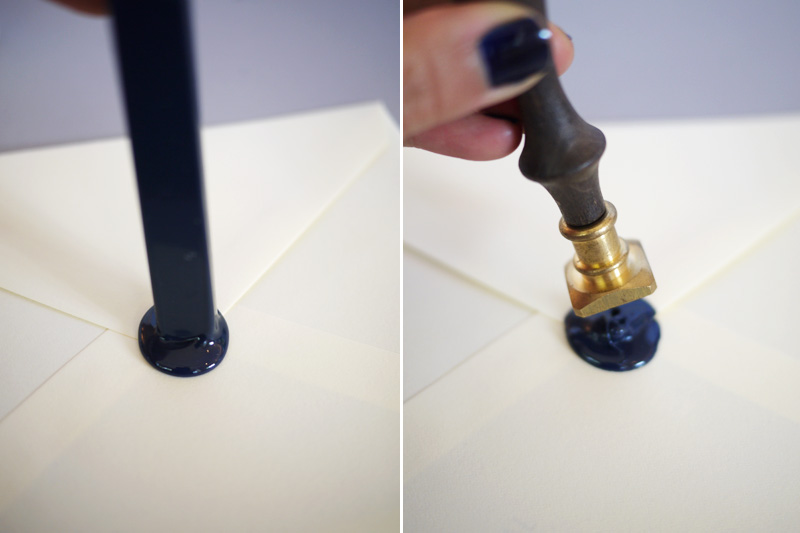 Carefully remove the seal and allow to dry completely before touching it. Tip: Traditional wax dries brittle. If you plan on mailing the letter, have it postmarked by hand at the post office and not run through a postmarking machine. 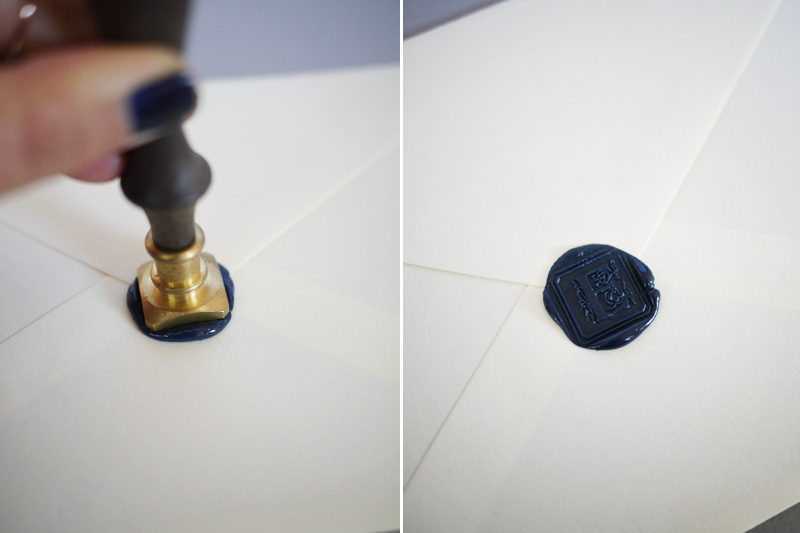 Glue gun sealing wax is a flexible wax and although it doesn’t have the same organic look to traditional sealing wax, it’s a much faster and mess-free way to seal. Simply insert the sealing wax tube into a large glue gun. Allow it to heat up completely and squeeze out a dollop of wax onto an envelope. 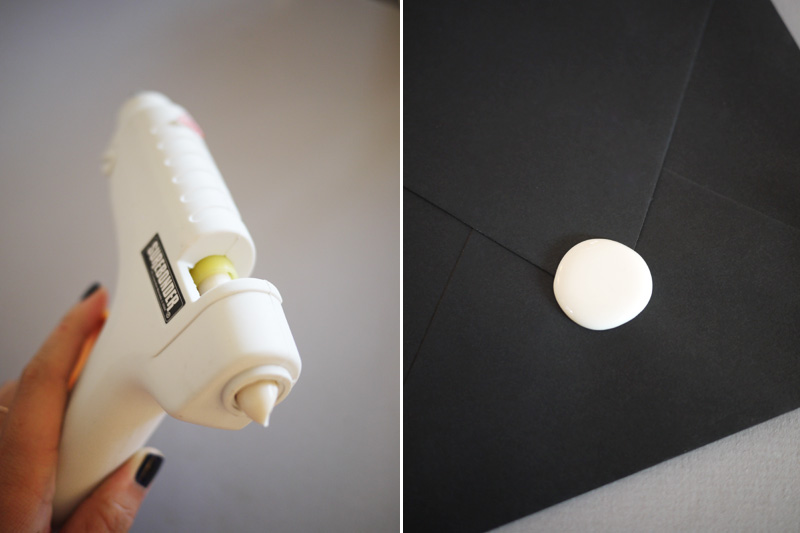 Press the seal directly on top of the wax for a few seconds. Remove it to reveal the seal! Tip: When using a glue gun, make sure it’s dedicated to only wax and not mixed with glue. This is a great type of wax to use if you’re sealing multiple envelopes. 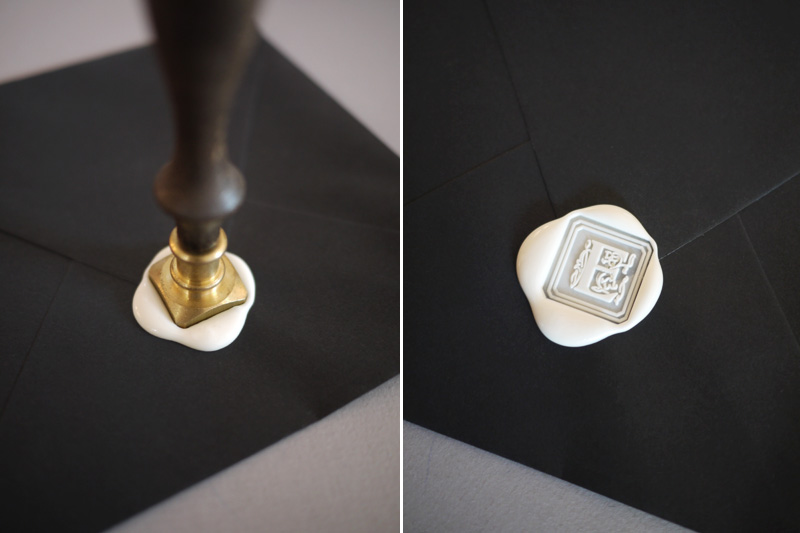 It’s as easy and simple as that. Imagine how special your friends will feel when they receive a hand sealed envelope in the mail from yours truly! 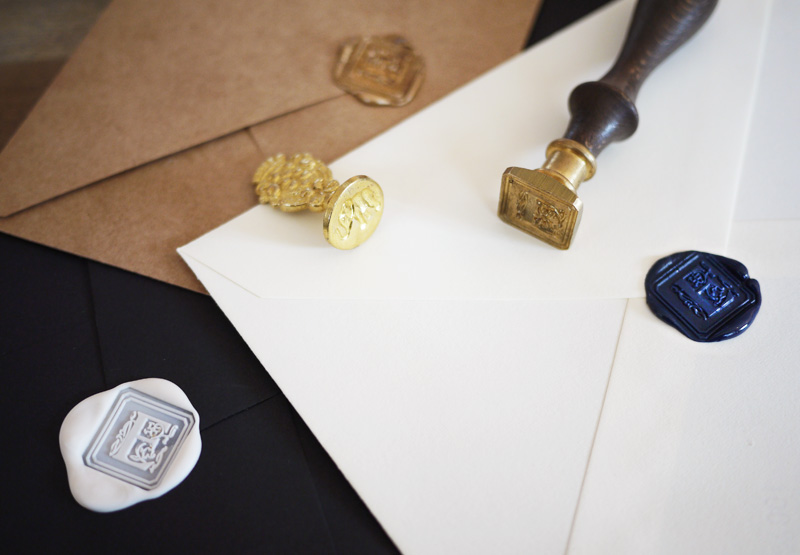 (tutorial adapted from Castle In The Air; images by HonestlyWTF)