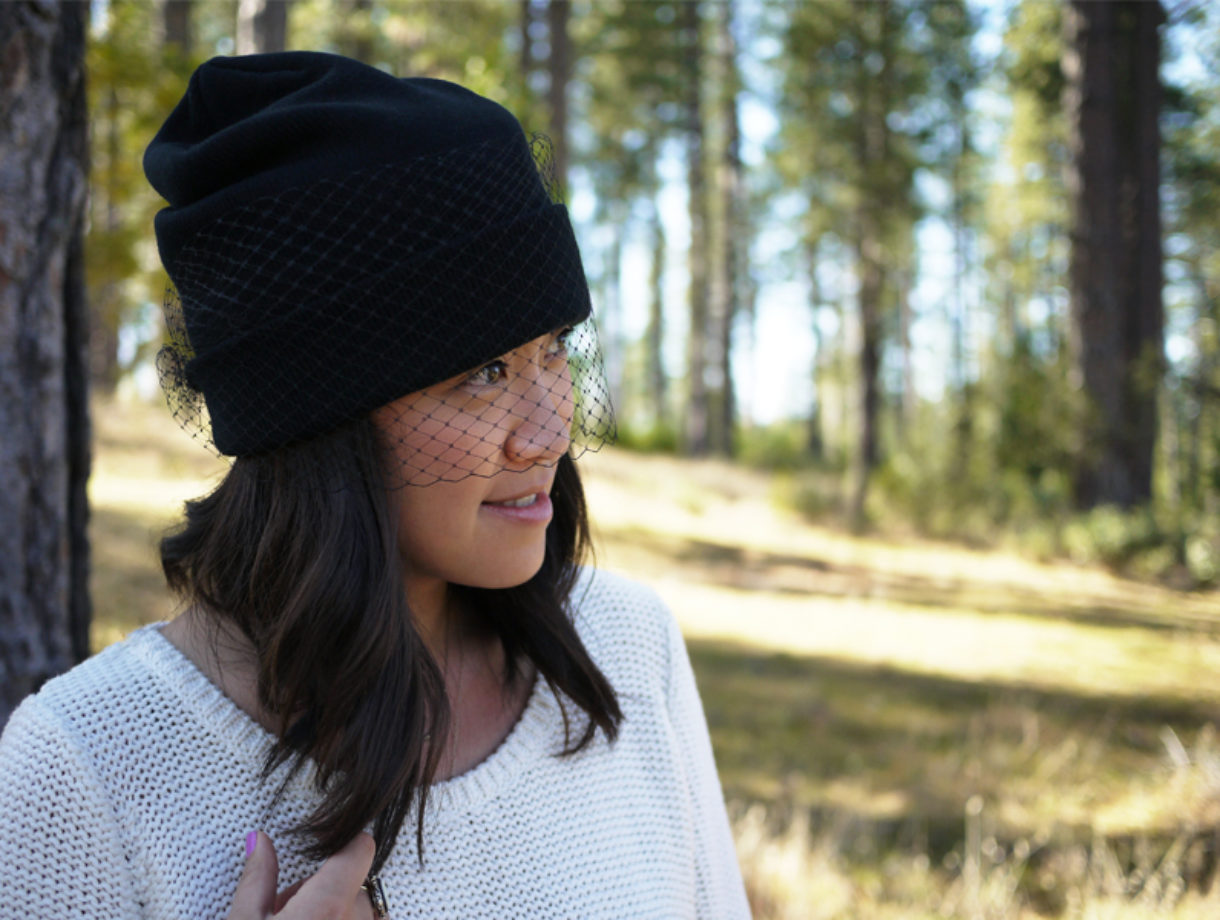 Last season the ever inspiring Anna Dello Russo was photographed wearing a Stephen Jones-designed black veiled beanie, fresh off Jil Sander‘s Spring 2012 runway. Not surprisingly, others have followed suit and the same veiled beanies have recently been spotted on the streets of Milan and Paris. Should you decide to jump on the bandwagon, alongside me, I suggest making the boyishly feminine hat yourself with a slouchy beanie and a couple feet of birdcage netting! 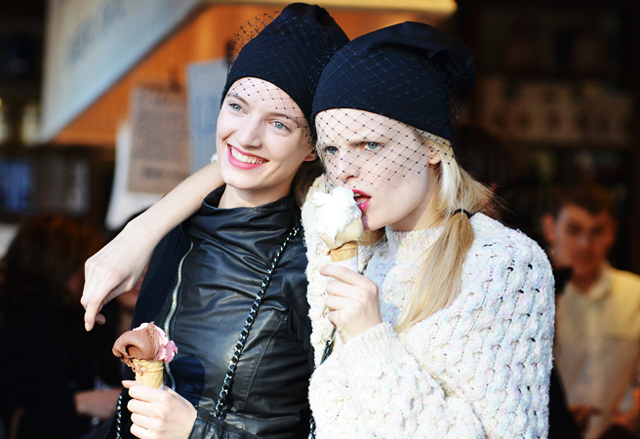 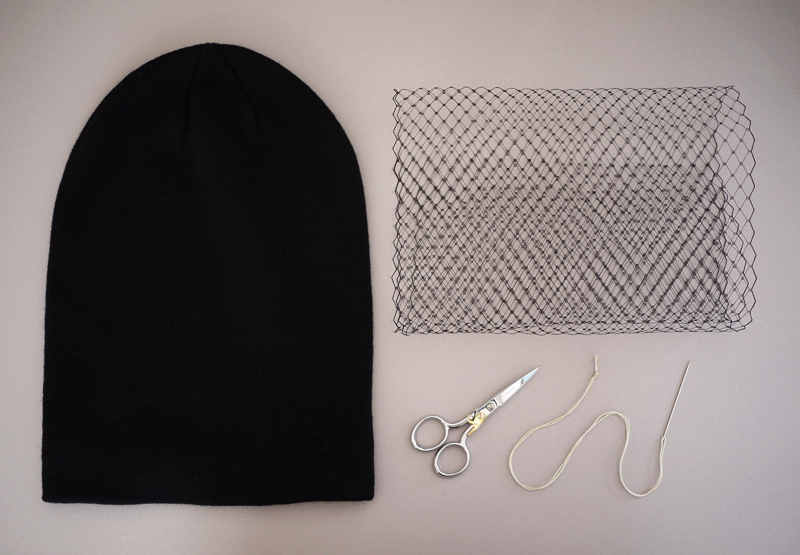 Spread the netting out lengthwise. Place the beanie in the center of the netting, offset by about 3 inches. Fold the two ends towards the center. 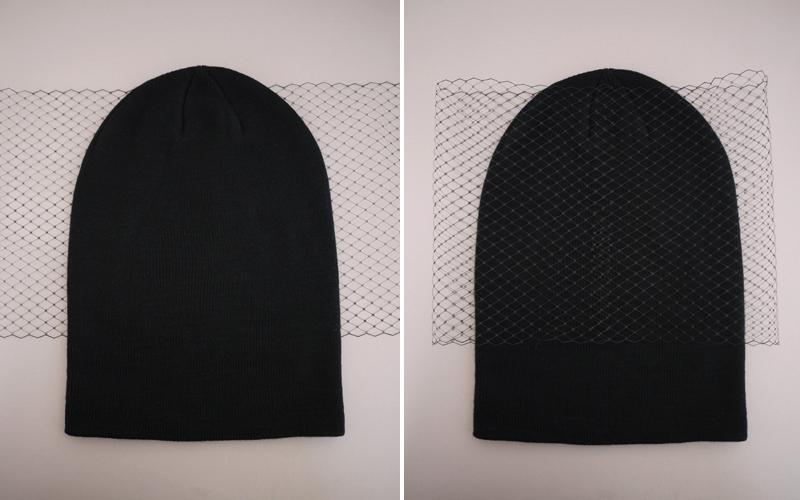 Thread the embroidery thread through the needle and make a double knot at the end. Overlap the two sides of netting and sew them to the beanie with a single stitch. (I’m using white thread here so you can see the stitches). 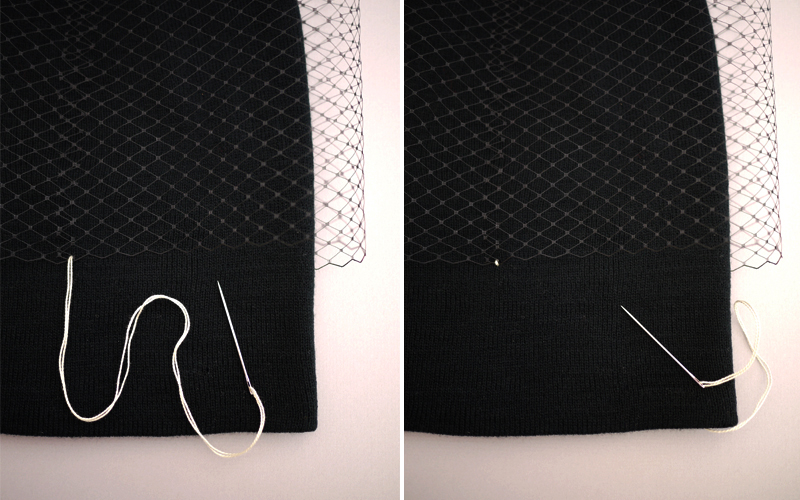 Continue the stitch by folding down one side in half and sewing the edge to the beanie. Repeat the same step on the other side. 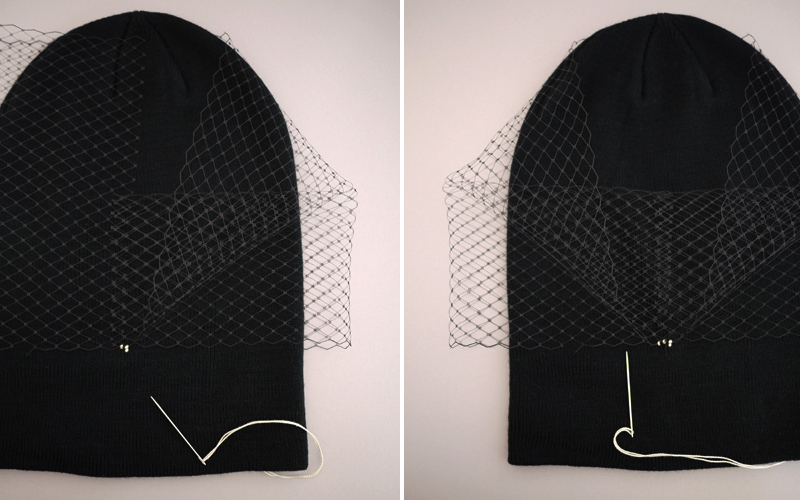 Now fold over both sides in half again, to the same center point. Sew the edges to the beanie with another stitch. Double knot the thread from the inside and trim. 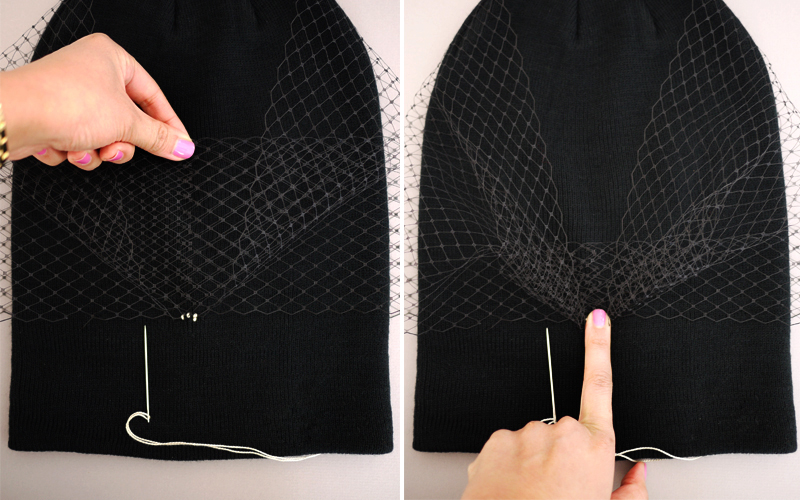 Turn the beanie over, find the middle point, and sew the bottom edge of the netting to the beanie with a single stitch. Double knot and trim. Make a 1.5″ fold. 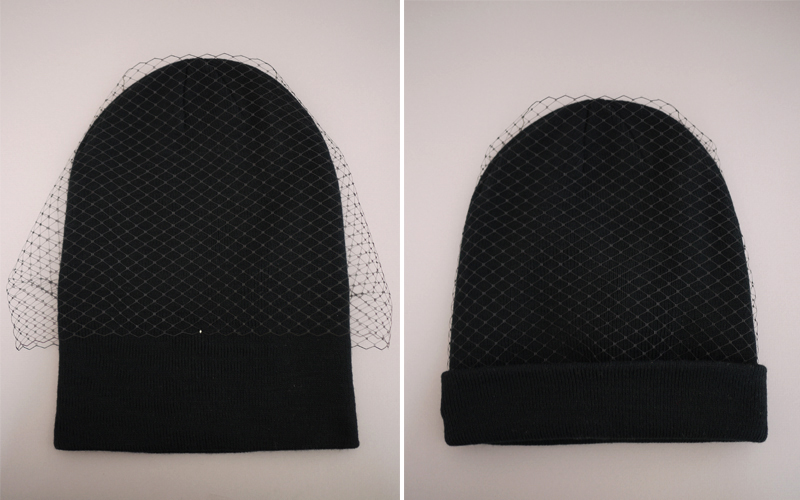 Put the beanie on and then peel the netting down over your face. Voila, you’ve been veiled! 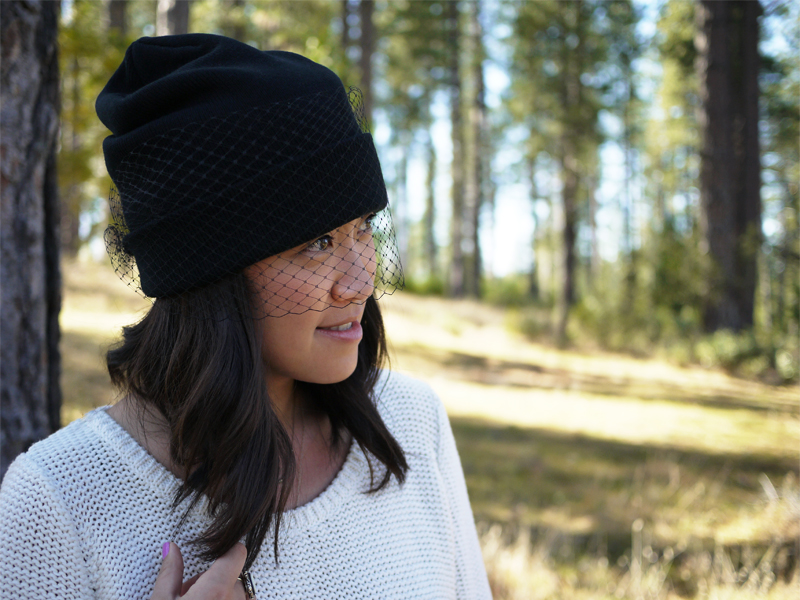 (top image by Tommy Ton, rest of images by HonestlyWTF)