After jewelry, hats are my favorite accessory. Straw, fedoras, caps, floppies, visors, cowboy, beanies, ushankas – you name it, I dig it. And just like jewelry, le chapeaux has the ability to relieve just about any wardrobe slump. This week, I’ll show you how to transform a simple floppy hat into something similar to Eugenia Kim‘s fabulous feather trimmed version in under 15 minutes. It’s that easy. Honestly. 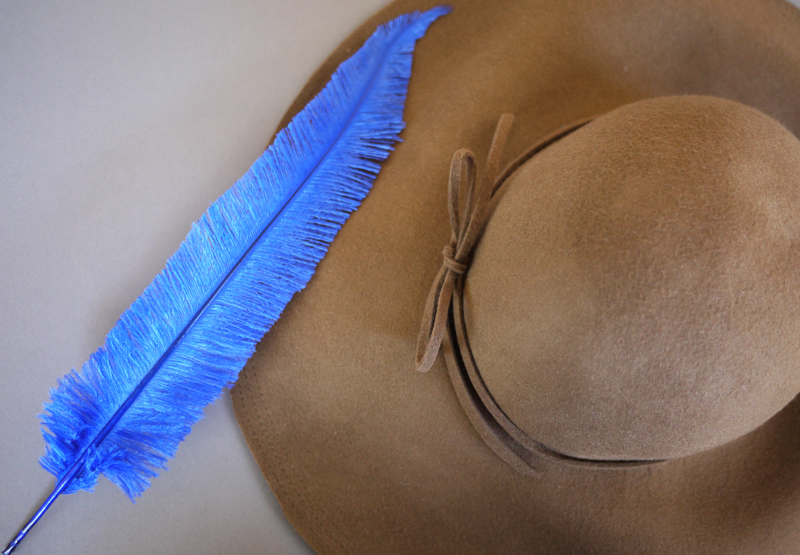 Remove any bows or bands around the hat. They were most likely attached using glue, which is very easy to remove from felt. Simply use a pair of tweezers or pliers to peel the glue from the hat. Felt is very resistant so this shouldn’t do any damage to the hat at all. 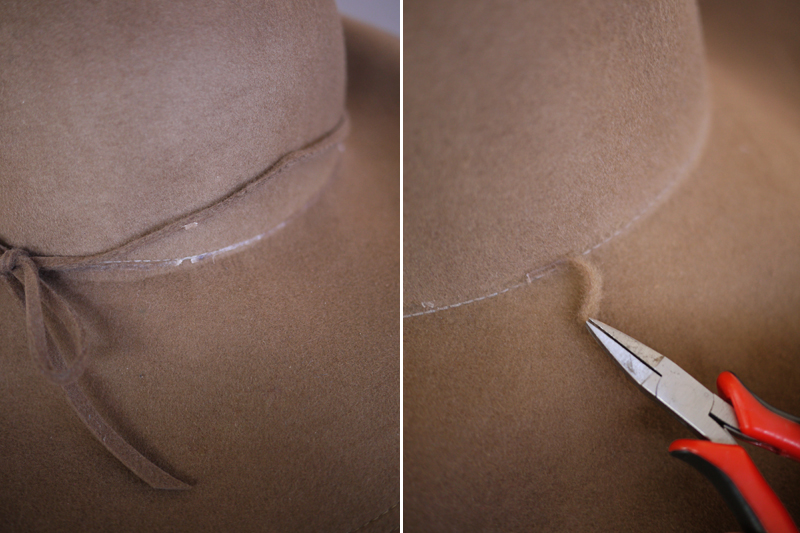 Run a thin, consistent line of hot glue along the base of the crown and between the two marked points. Hold the base of the feather with one hand and the tip with another. And working quickly while the glue is still hot, place the spine of the feather directly on the line of glue. Hold it in place for several seconds until it dries. 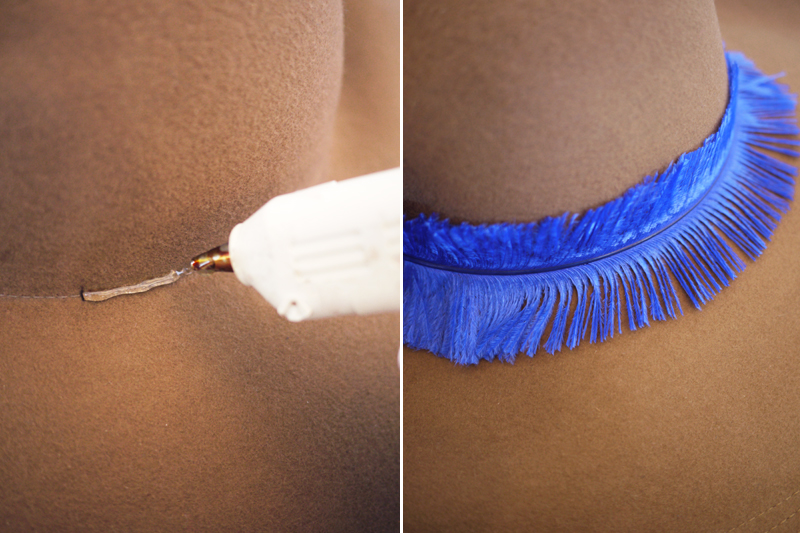 And just like that, you’ve made a feather trimmed felt hat. 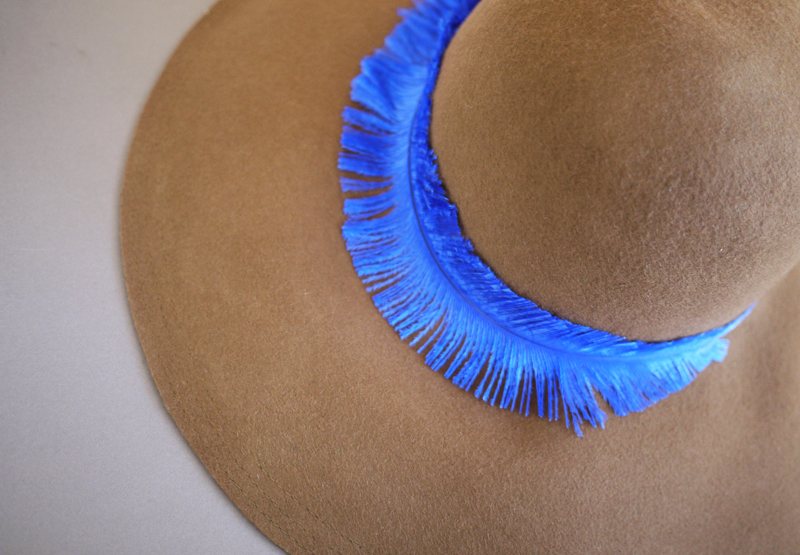 Try different colors or even multiple layers of feathers. Have fun! 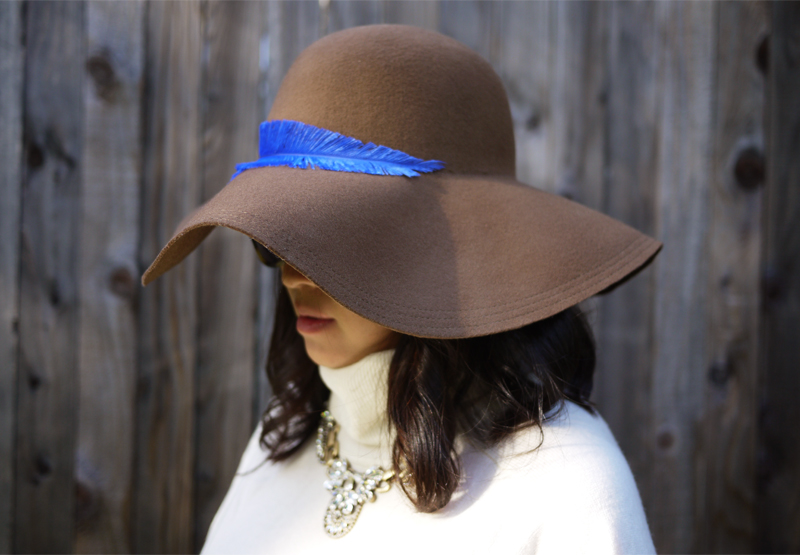 (felt hat courtesy of Wasteland; all images by HonestlyWTF)