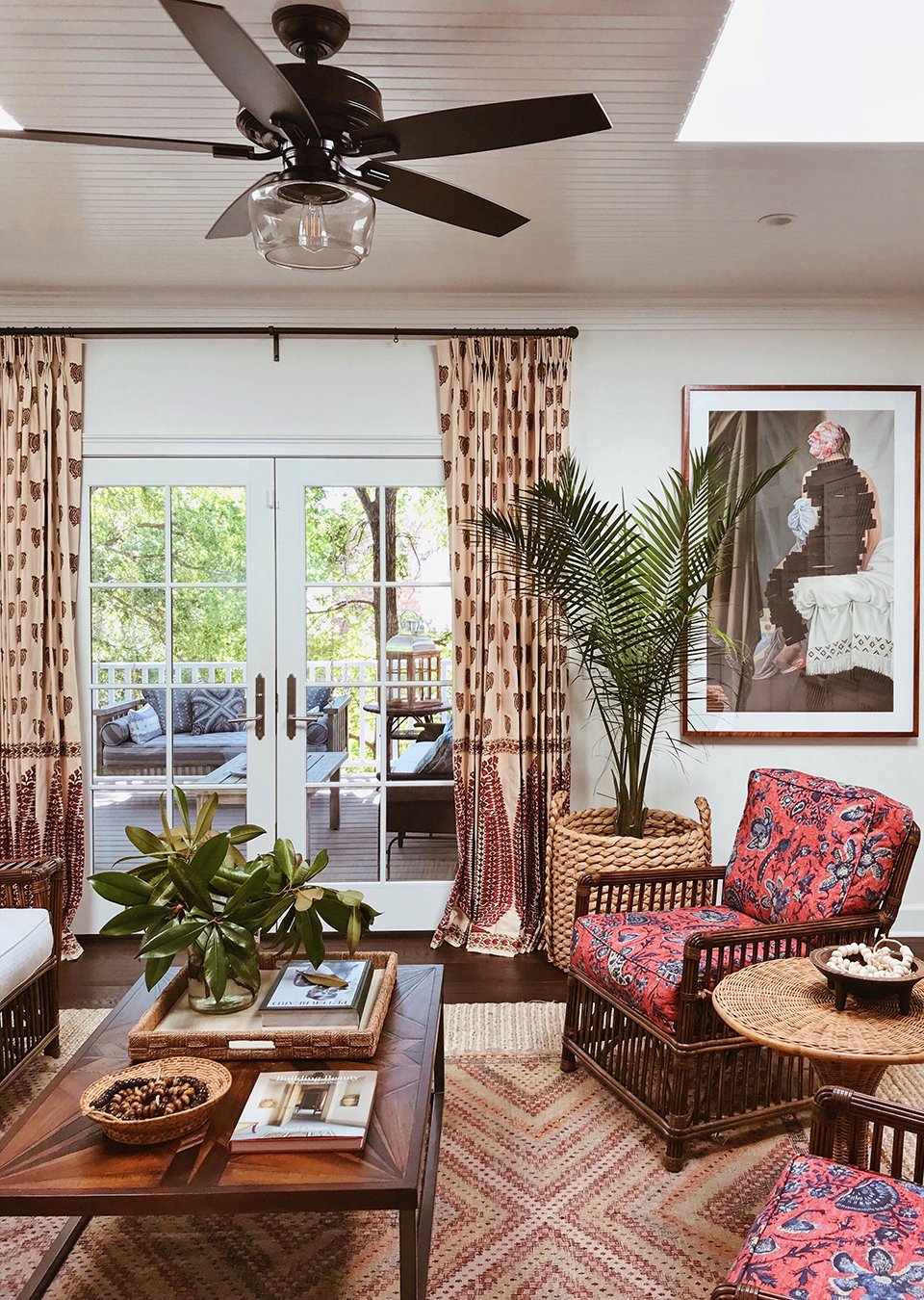 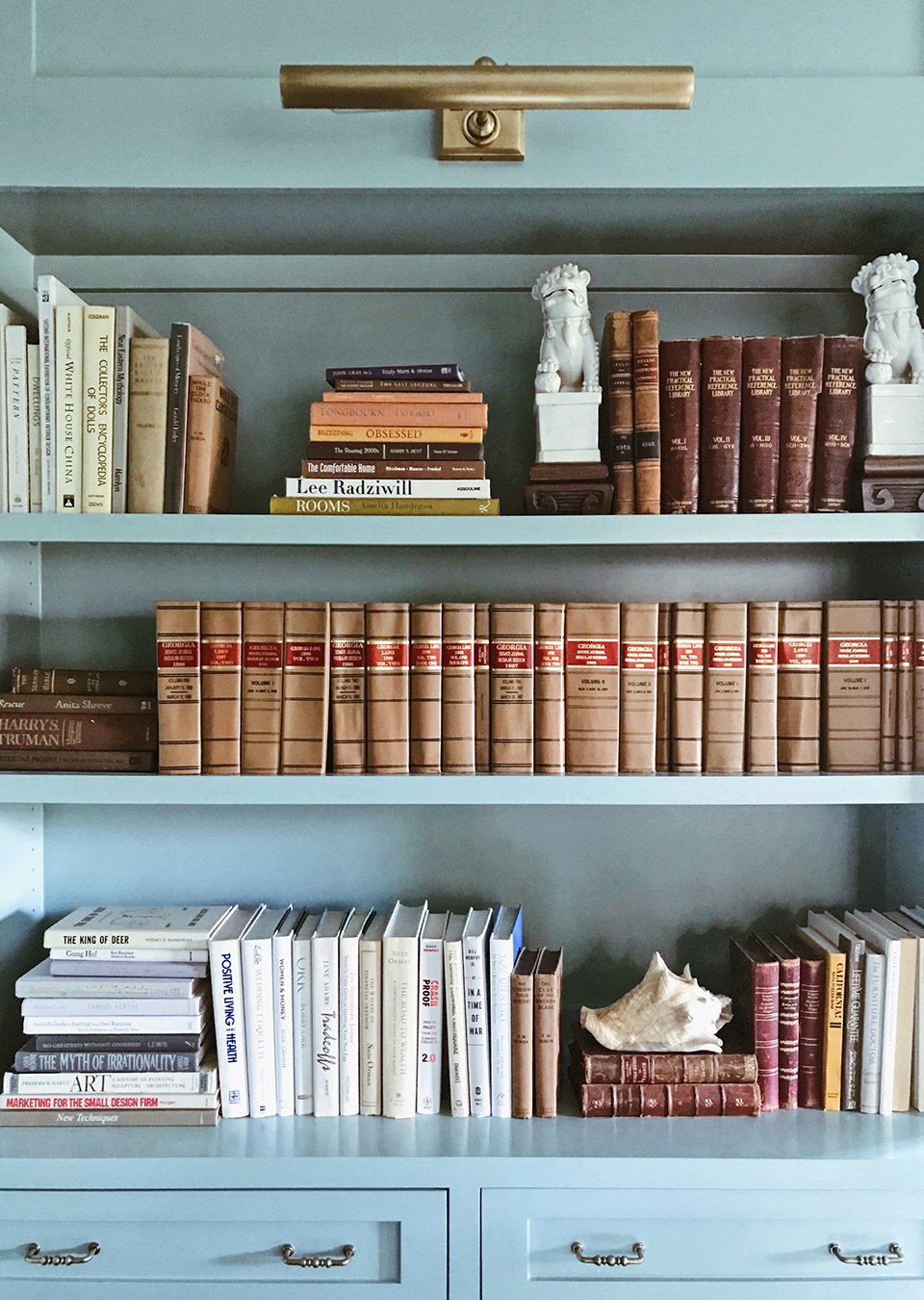 I've never been to the south in the dead of summer until this year, and my oh my, hot is an understatement. It's a good thing cities like Austin know just how to keep things electrifying and cool . . . and it was only appropriate that I experience summer in Texas, for the first time, with Hunter Fan Company. The 130 year old company, and inventors of the ceiling fan, invited me out to Austin to tour Southern Living's 2018 Idea House, where quite honestly, I became a ceiling fan convert. Not only did interior designer Meredith Ellis do an impressive job transforming a 1980's fixer upper into a elegant and refreshingly modern Southern-inspired home, she incorporated a different Hunter ceiling fan in nearly every room, surprising me with their aesthetic touch and utilitarian need. 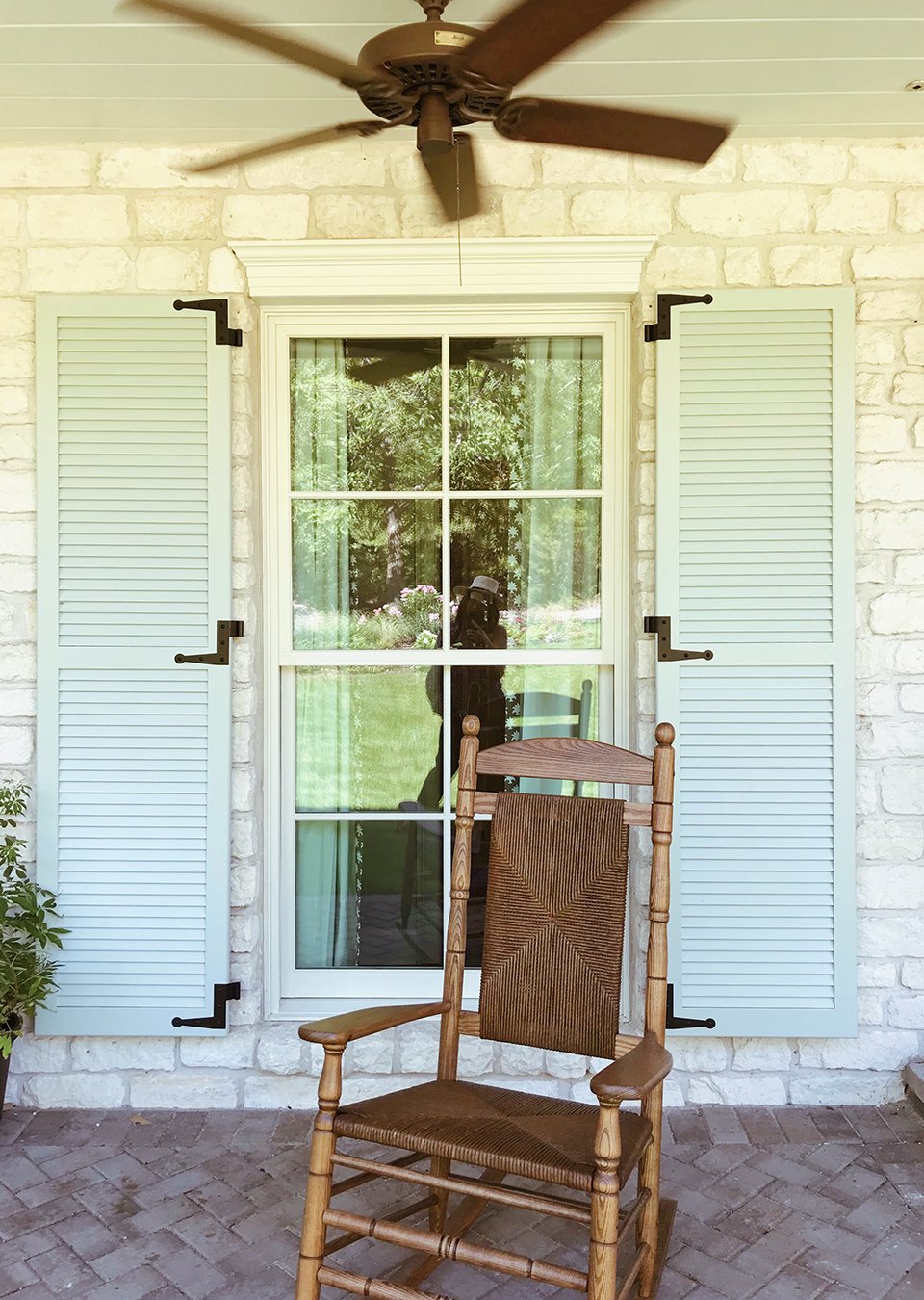 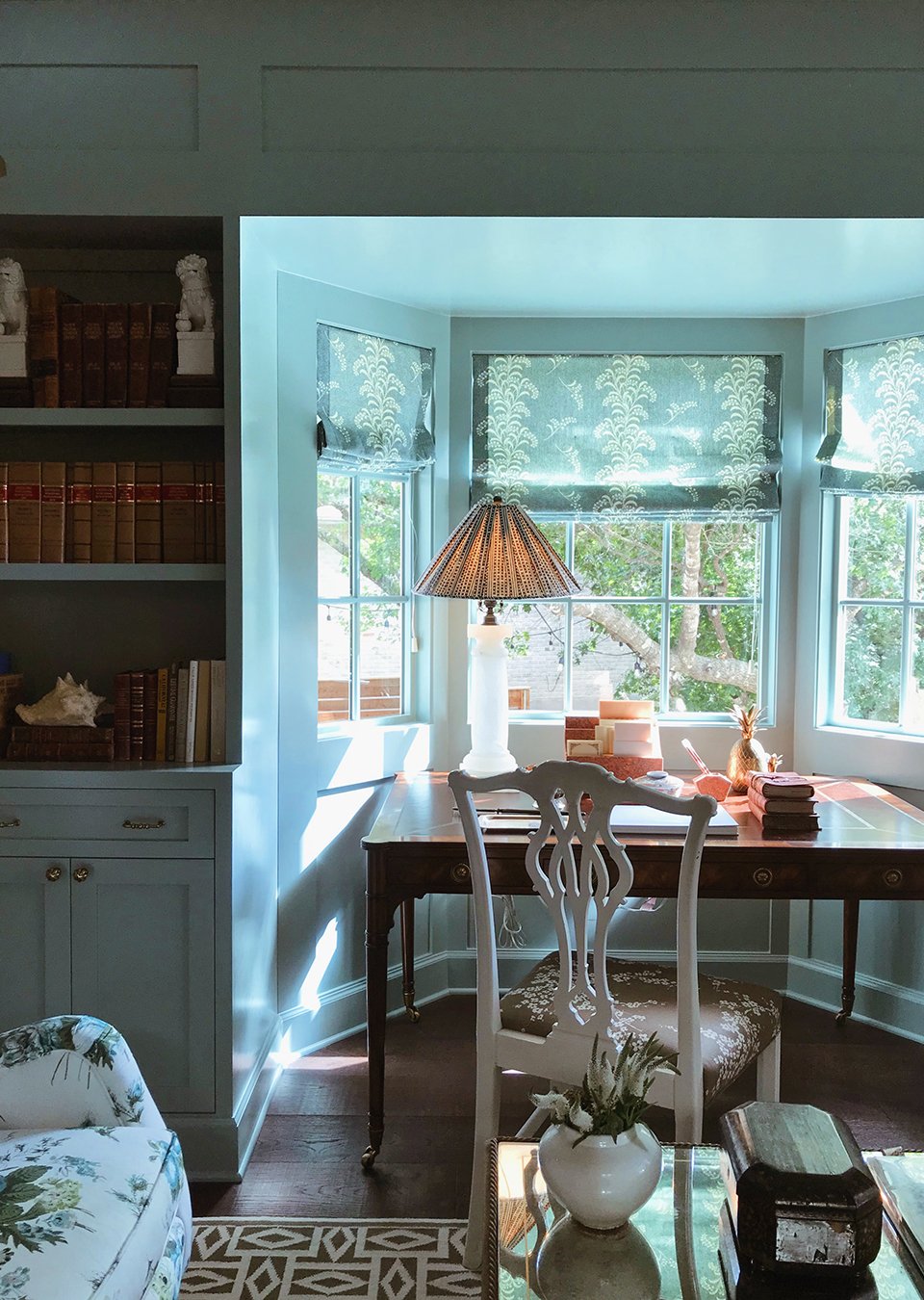 As I stepped onto the front porch of the home, I was immediately seduced by the haint blue shutters, woven rattan rocking chairs and dark cherry wood fans. This is what we call Southern charm, y'all. Dreaming of moving in was romanticized by the fact that even in 100 degree humidity, the air felt cool and comfortable with fans spinning overhead. I could get down with summers in Texas . . . 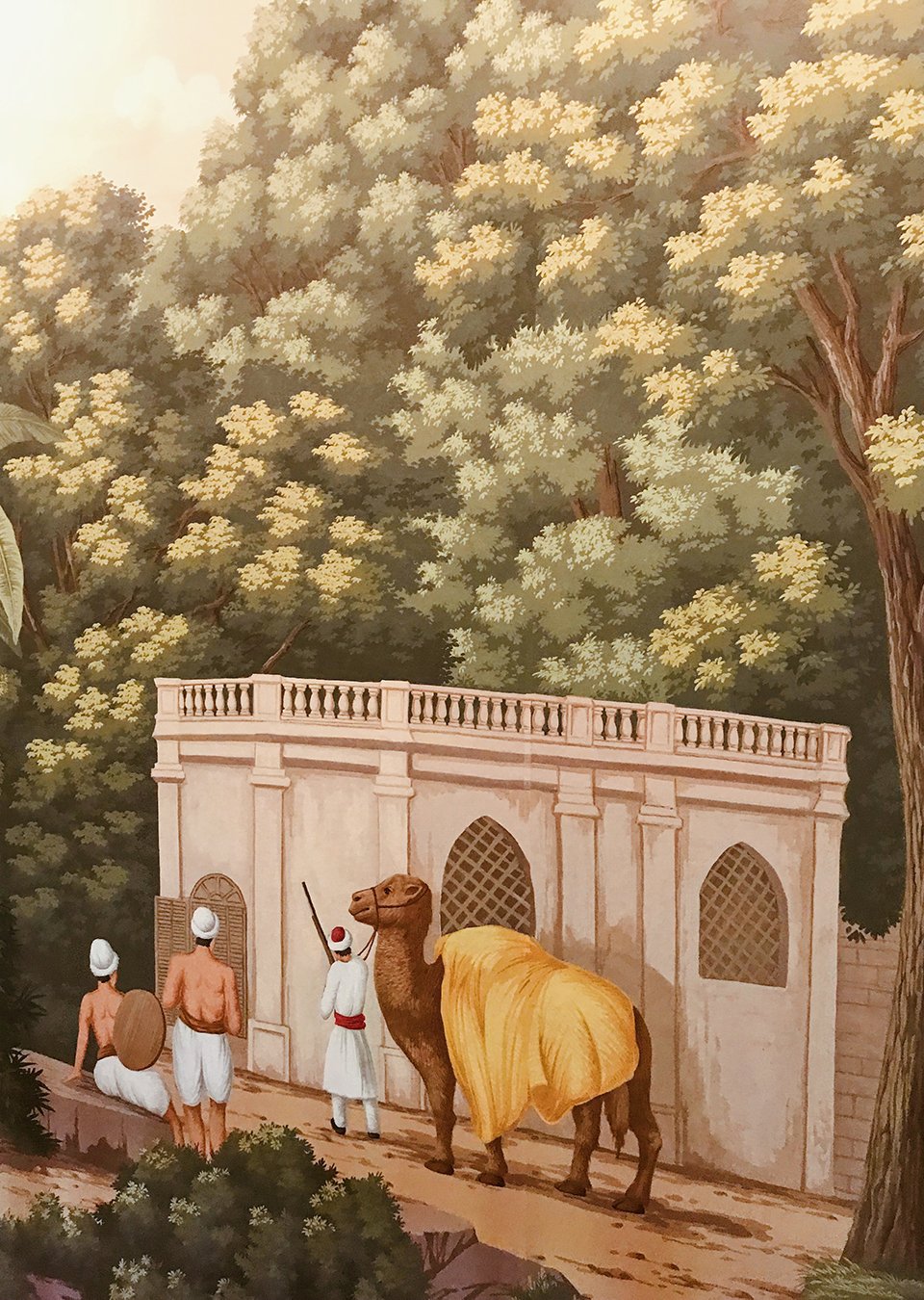 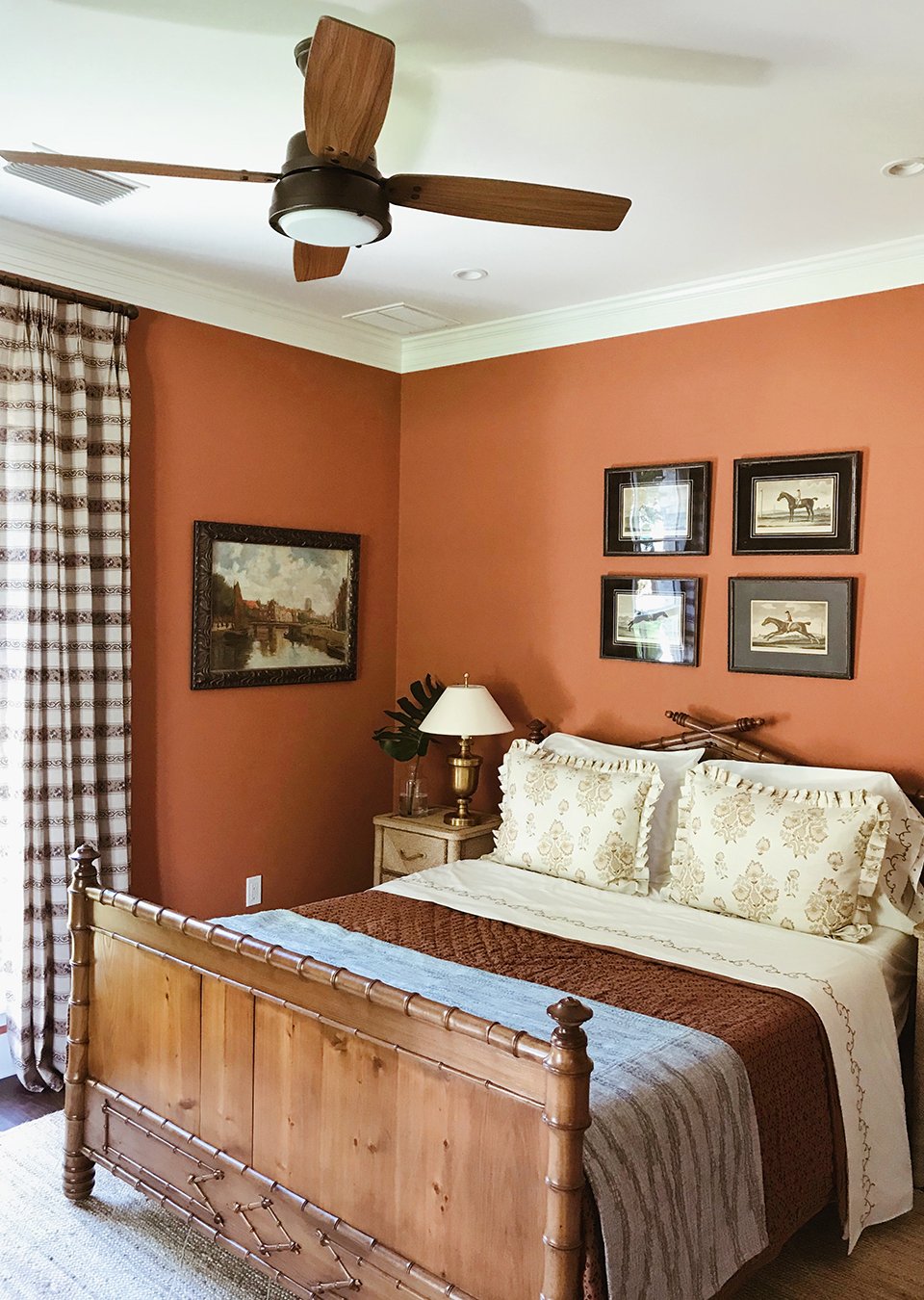 I just love all the rich colors, bold textures and mix and match patterns Meredith used in the design of the house. I mean, you can literally spend hours uncovering all the interesting details in each room. One of my favorites was the sun room, which was converted from a porch. Sky lights opened through a beadboard ceiling, decorative cabinets concealed a tiled wet bar and an incognito powder room, bamboo furniture was upholstered in beautiful textiles and an oversized walnut and matte black Bennett ceiling fan kept the room wonderfully cool, despite all that warm sunlight. The inspiration was Ernest Hemingway and for a brief moment, I was transported to a tropical getaway in a bygone era. 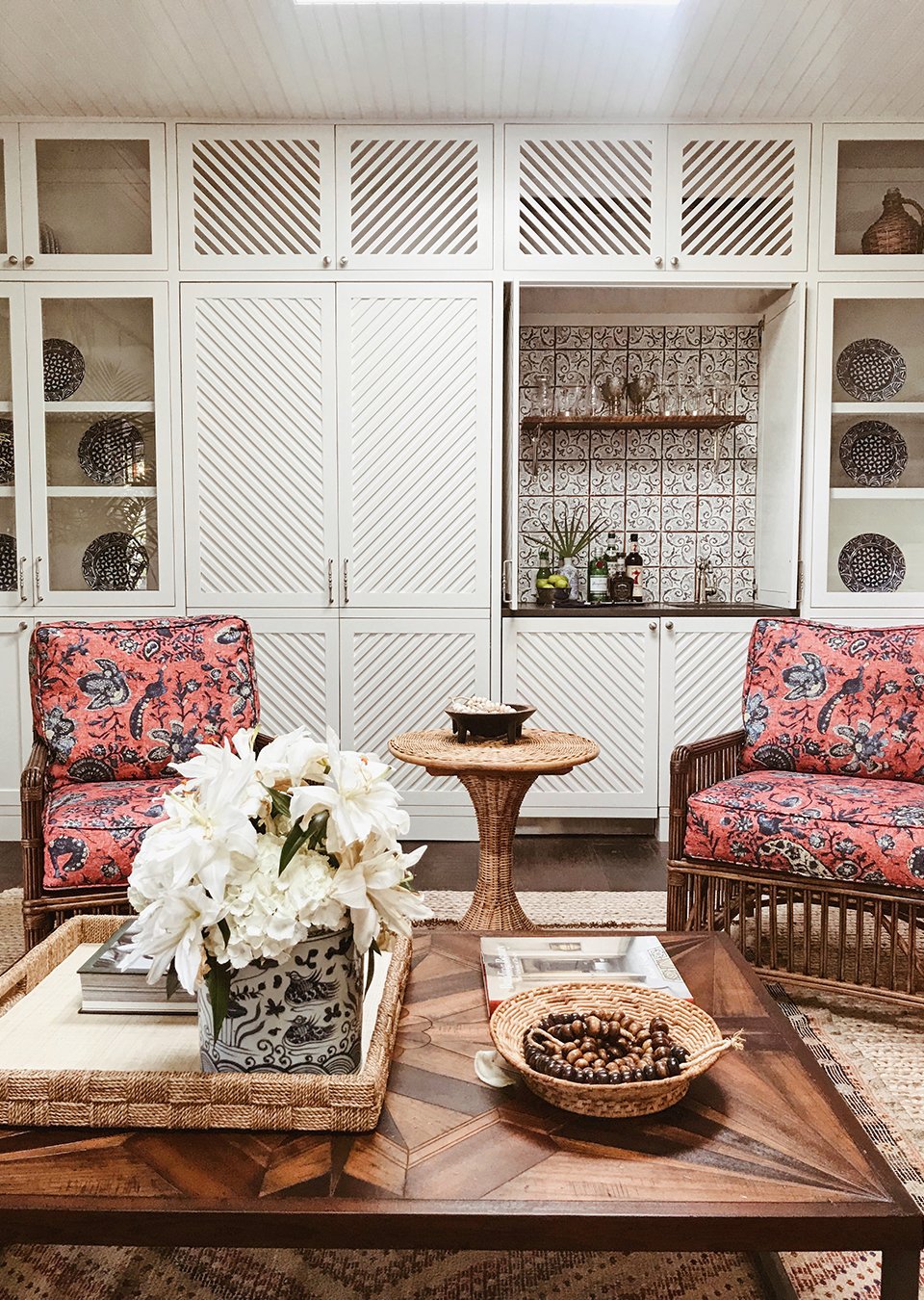 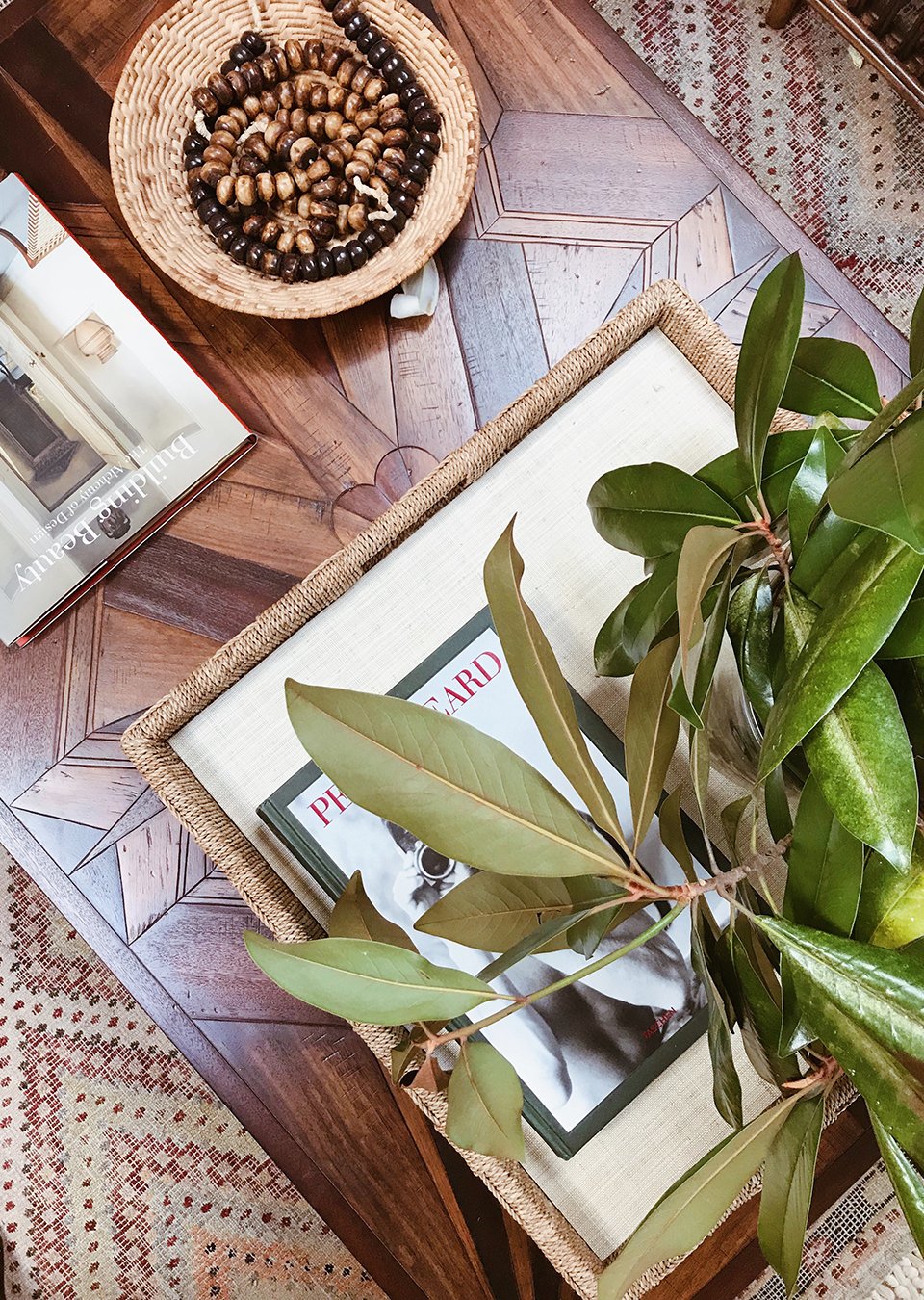 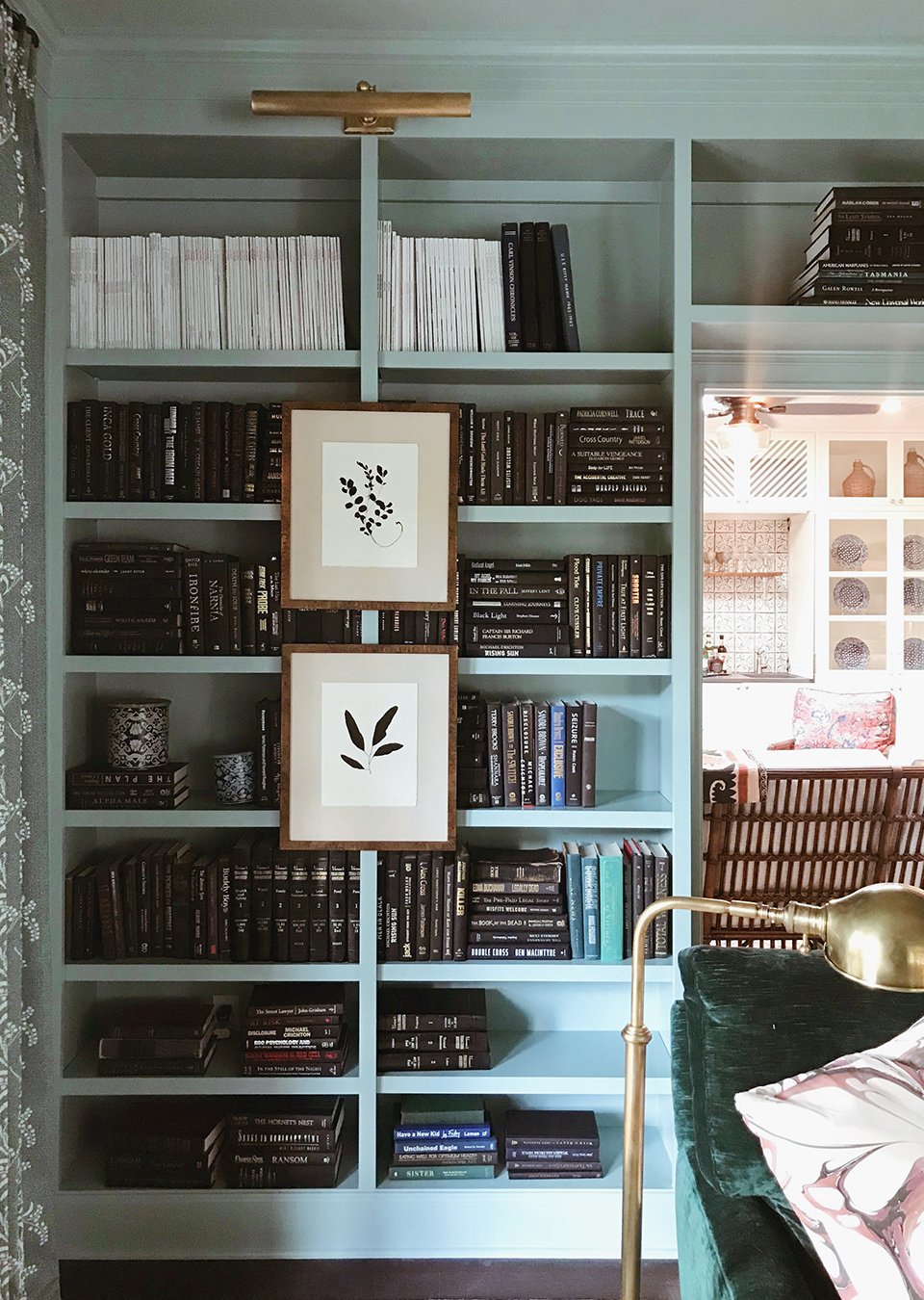 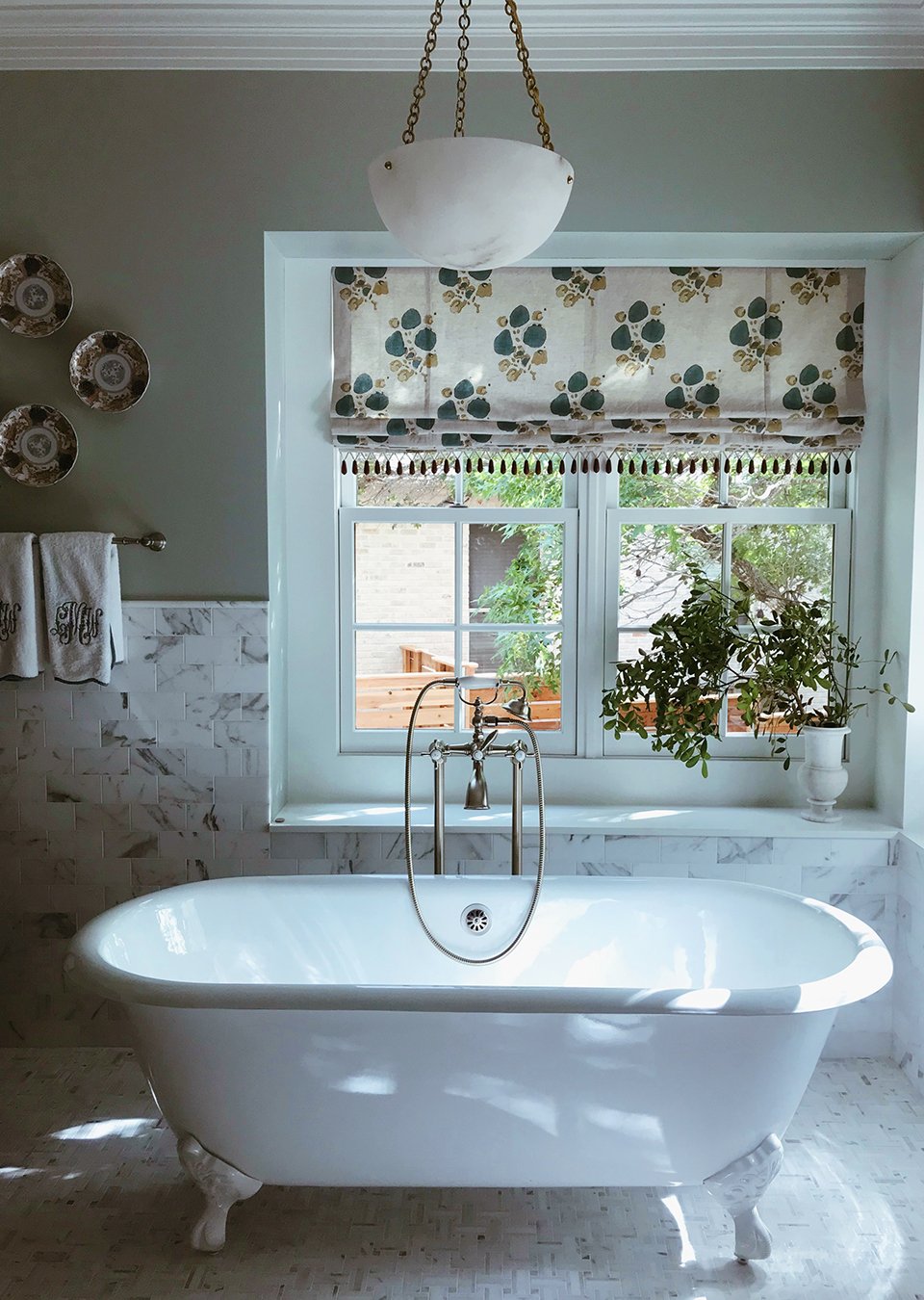 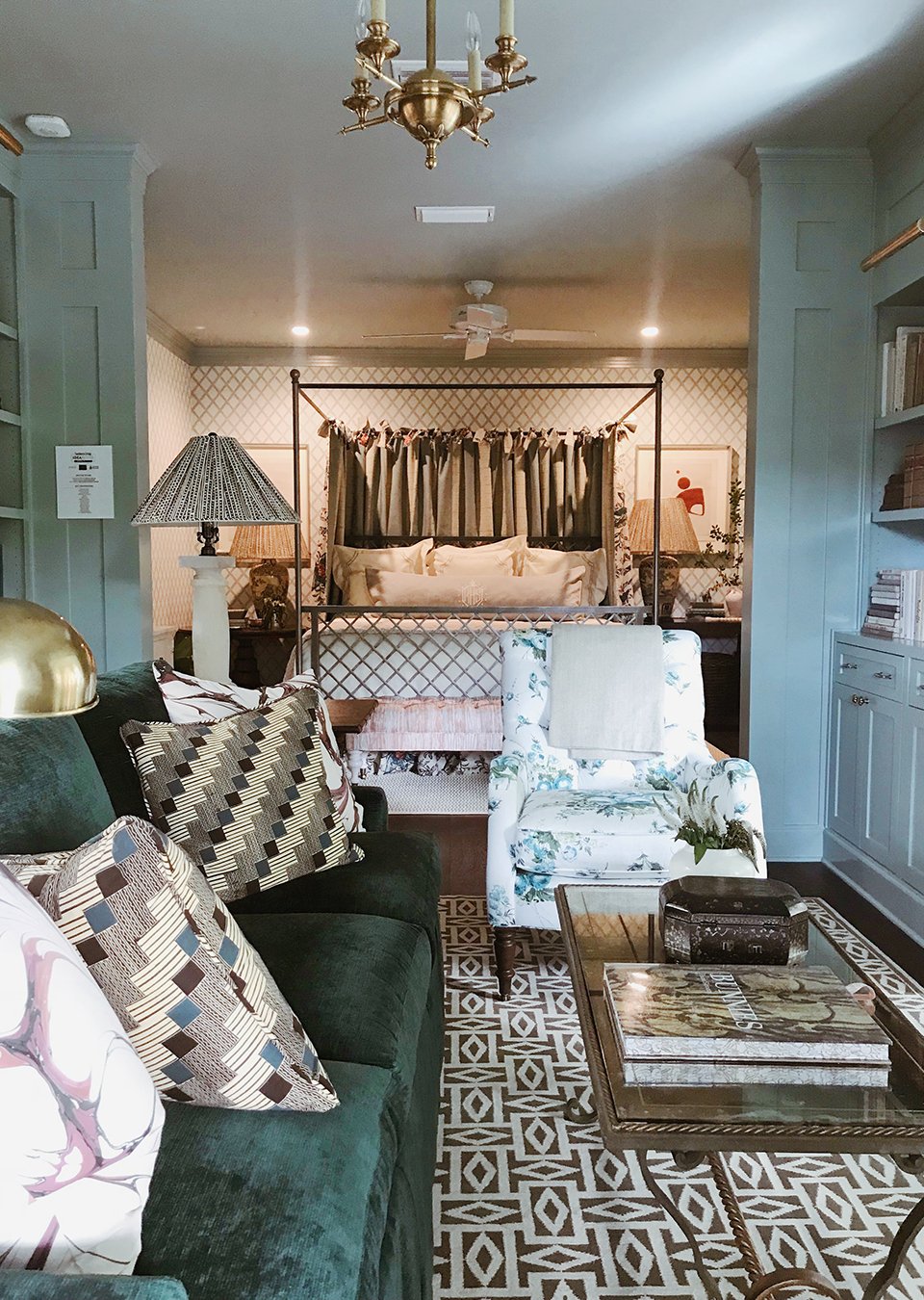 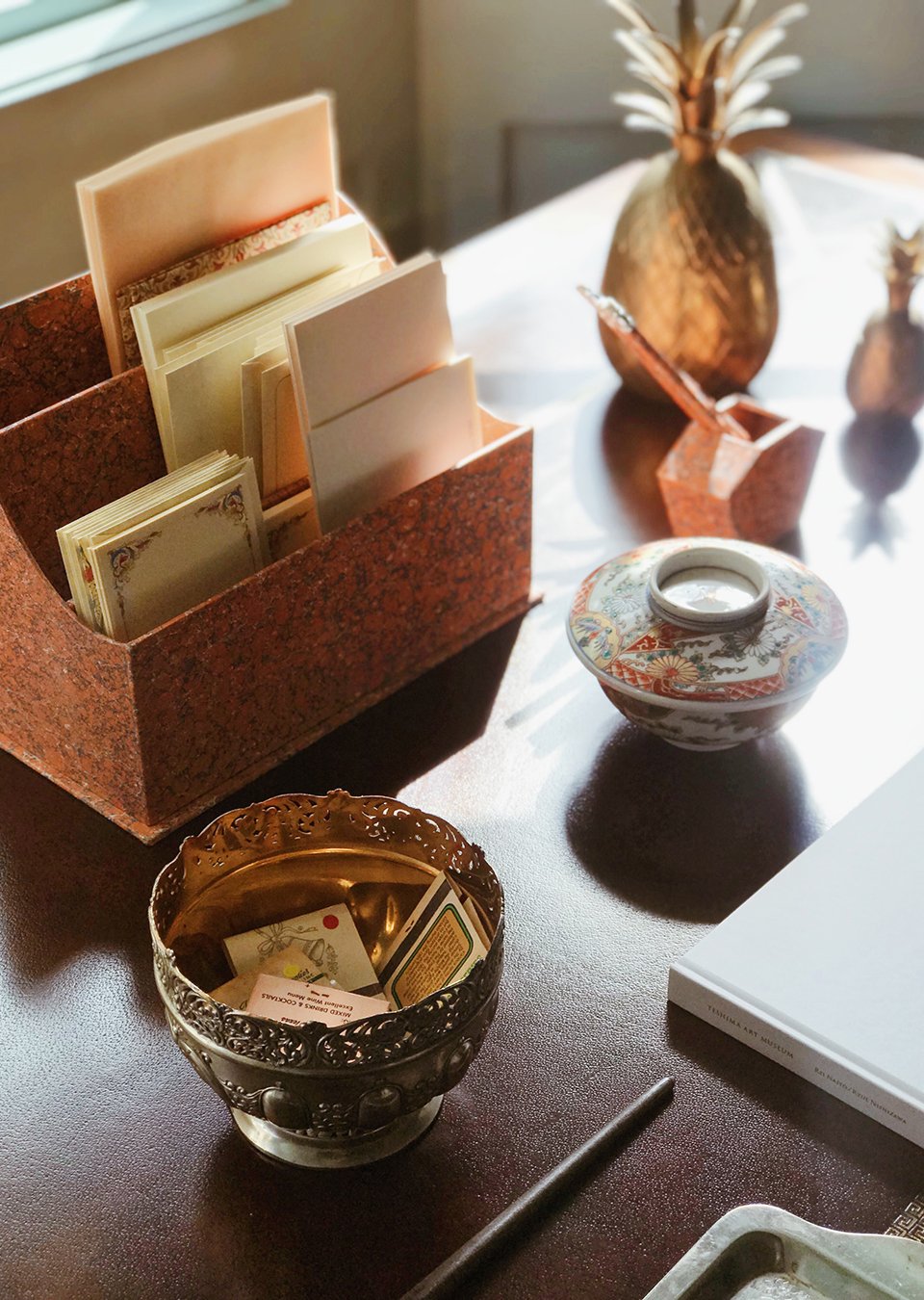 Another favorite was this girl's room blanketed in the most perfect shade of pink. Inspired by her love of India and motivated to soften the sharp edges of the space, Meredith covered the walls with Carolina Irving fabric and painted all the trimming with Benjamin Moore's pink shadow. Every little detail of this room was sweet perfection. I love that Meredith put a window in the door to the toilet to give the illusion of more space in an otherwise tiny bathroom. The boys room was also incredibly delightful with its nautical theme. Seagrass covered the floors, nautical prints hung on walls and a brass porthole was the perfect touch to bathroom door. And once again, an industrial, matte nickel Signal fan provided the perfect amount of cool in a second floor attic-turned-bedroom . . . on a sweltering summer day. 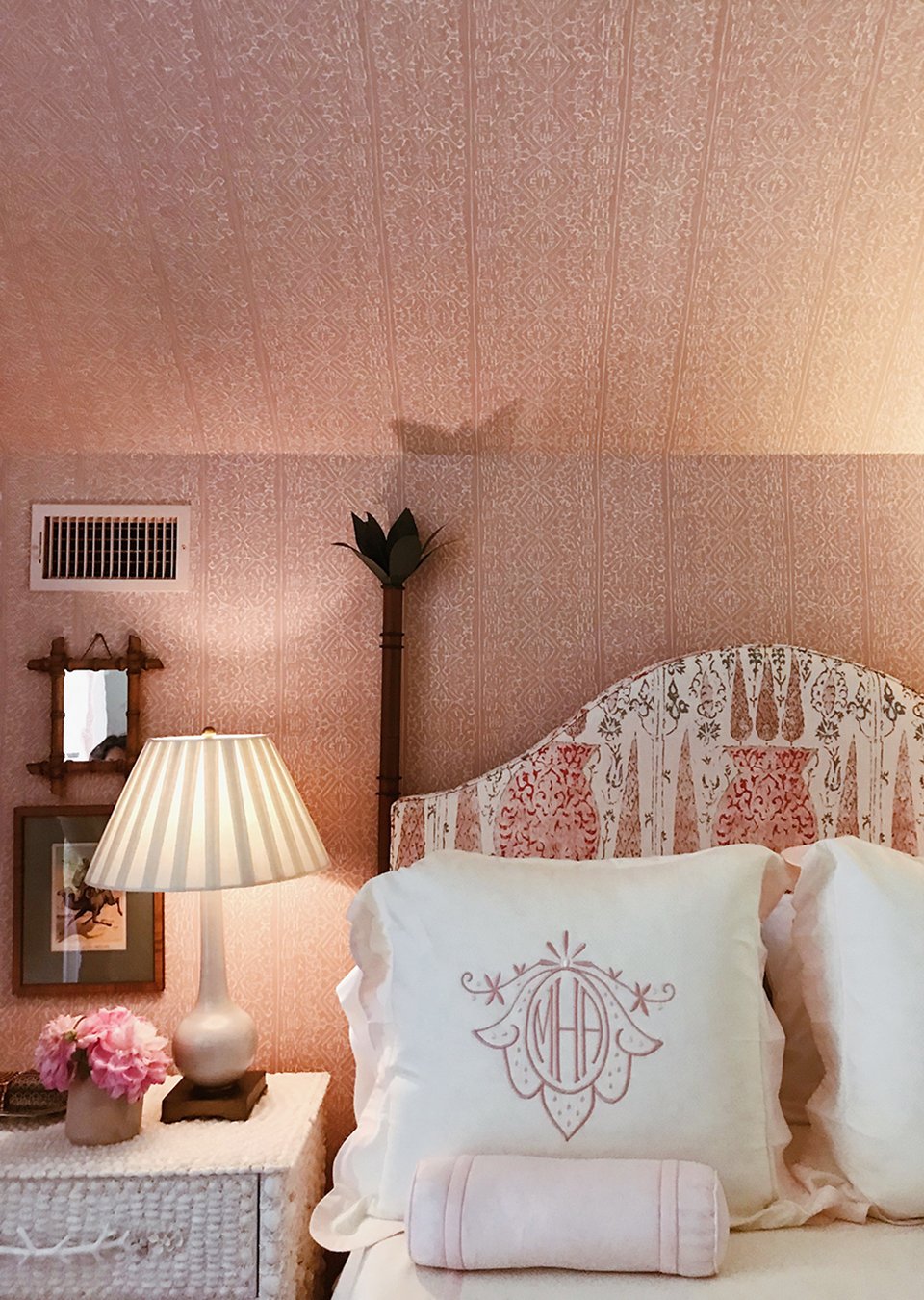 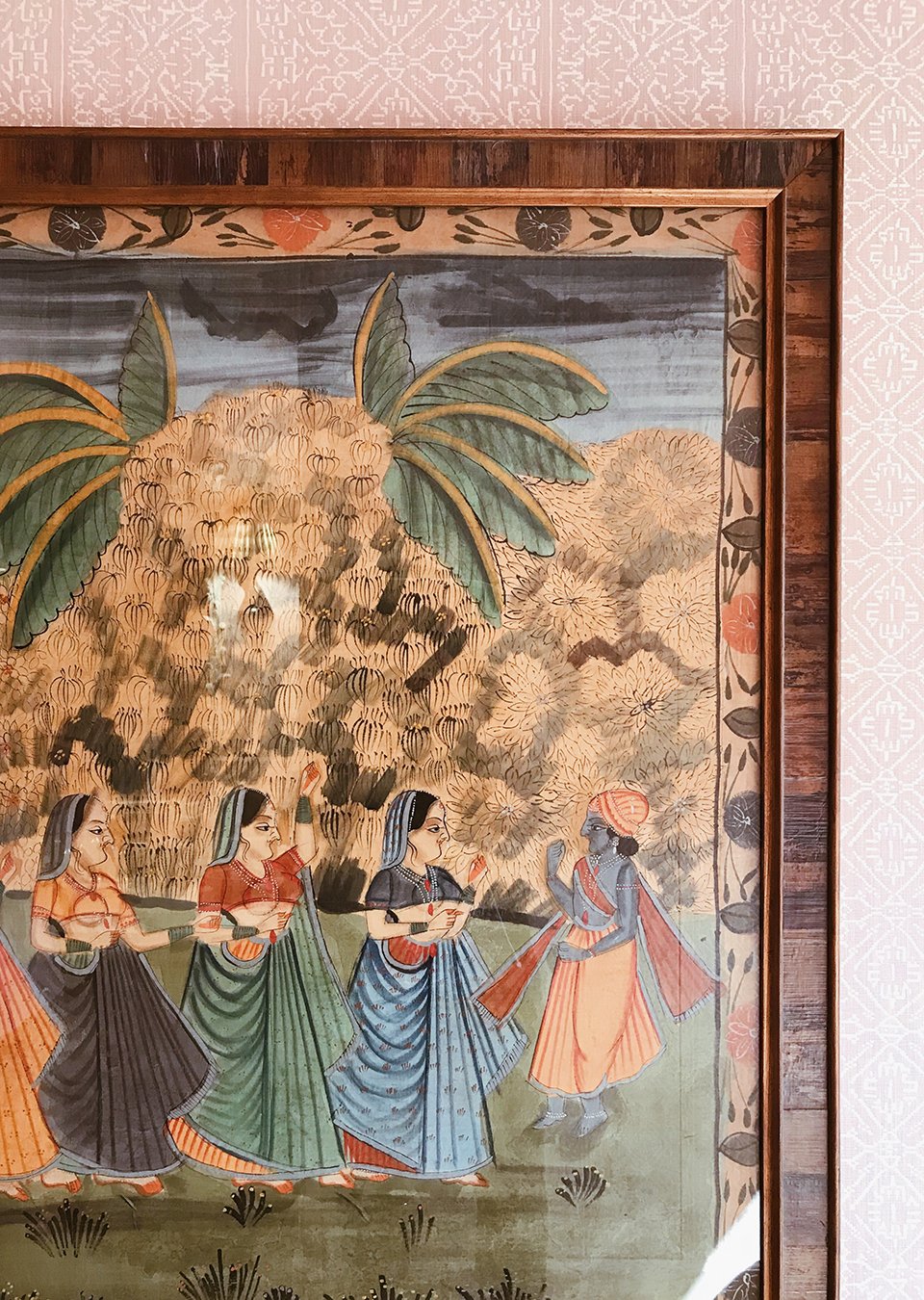 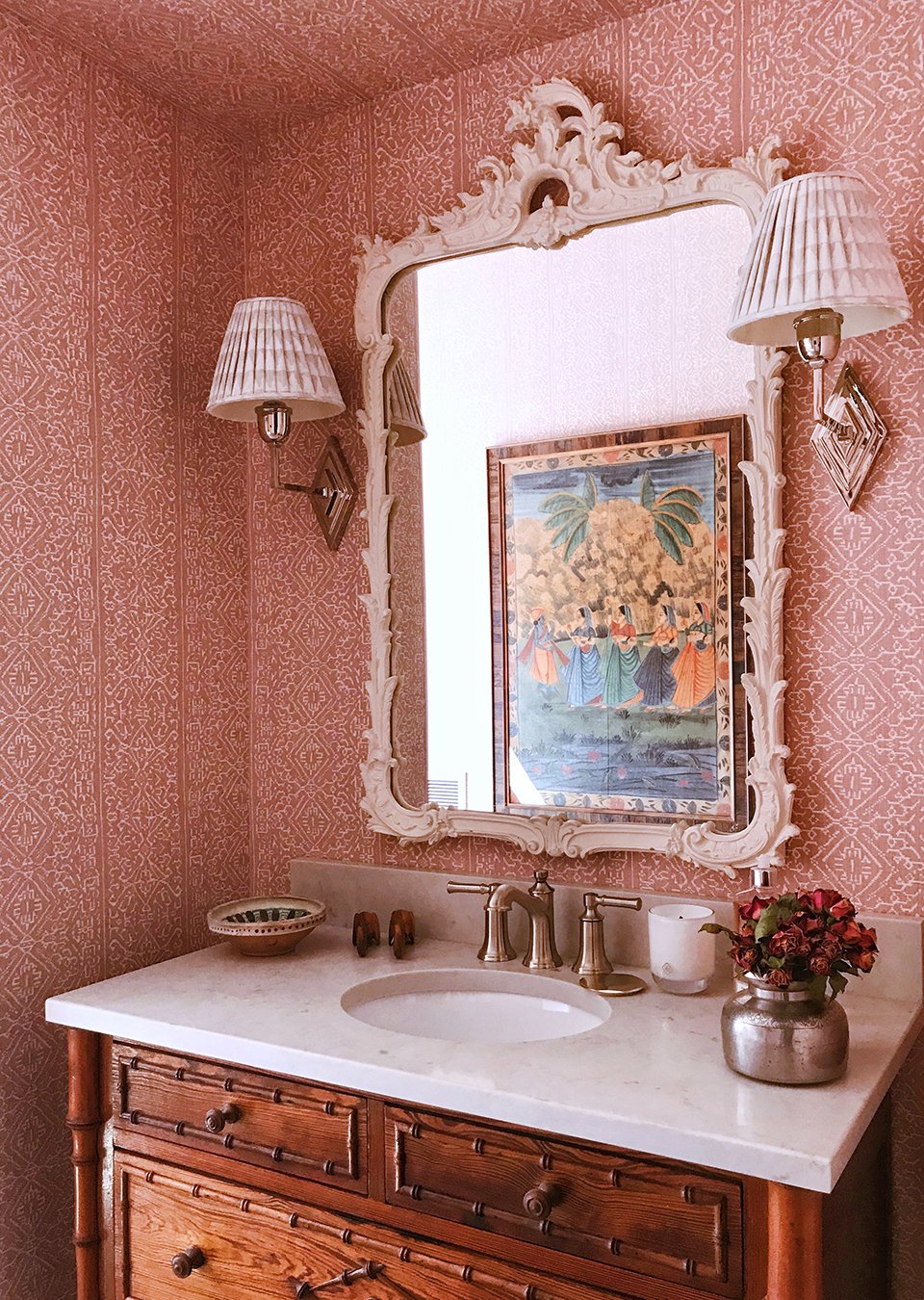 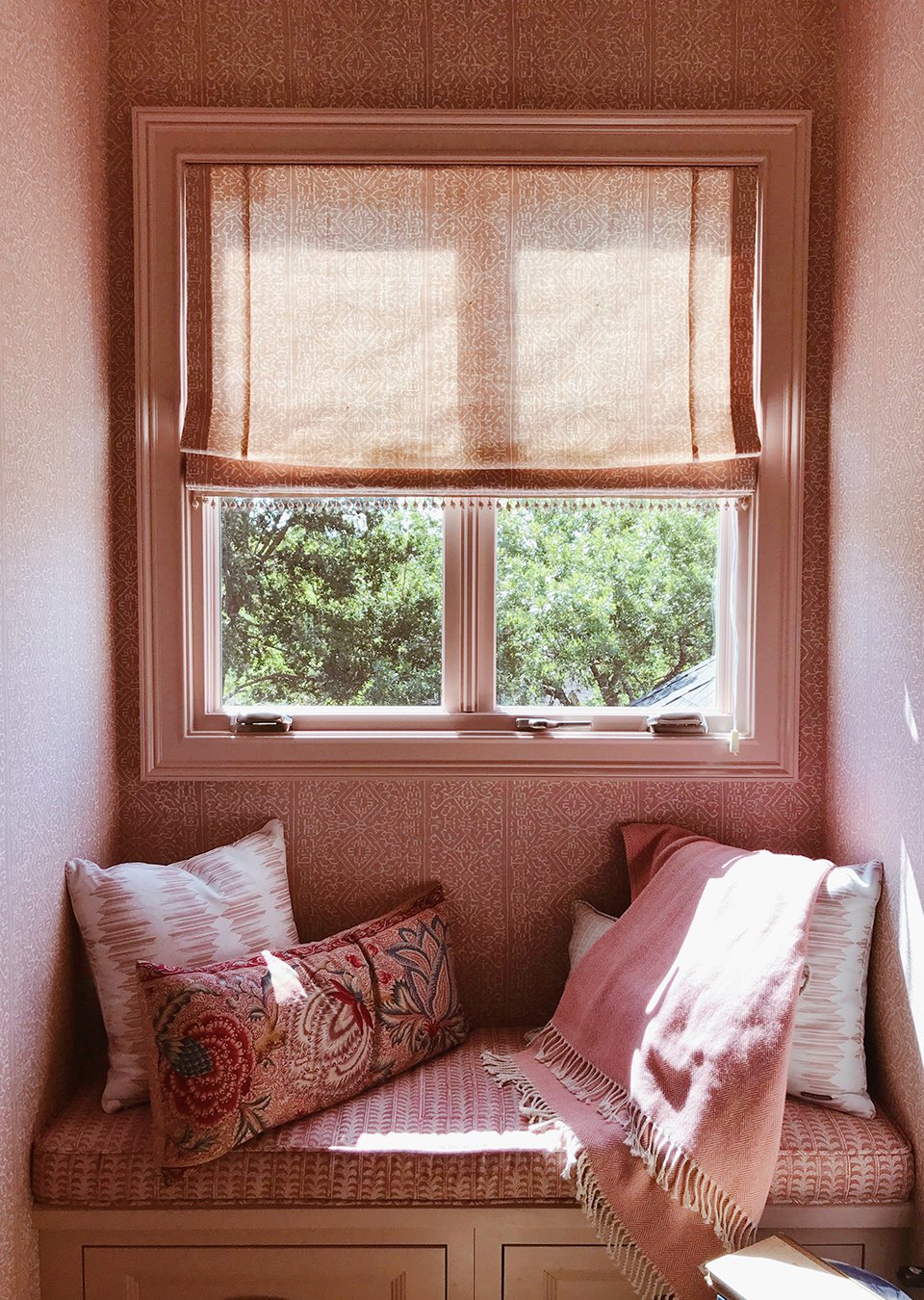 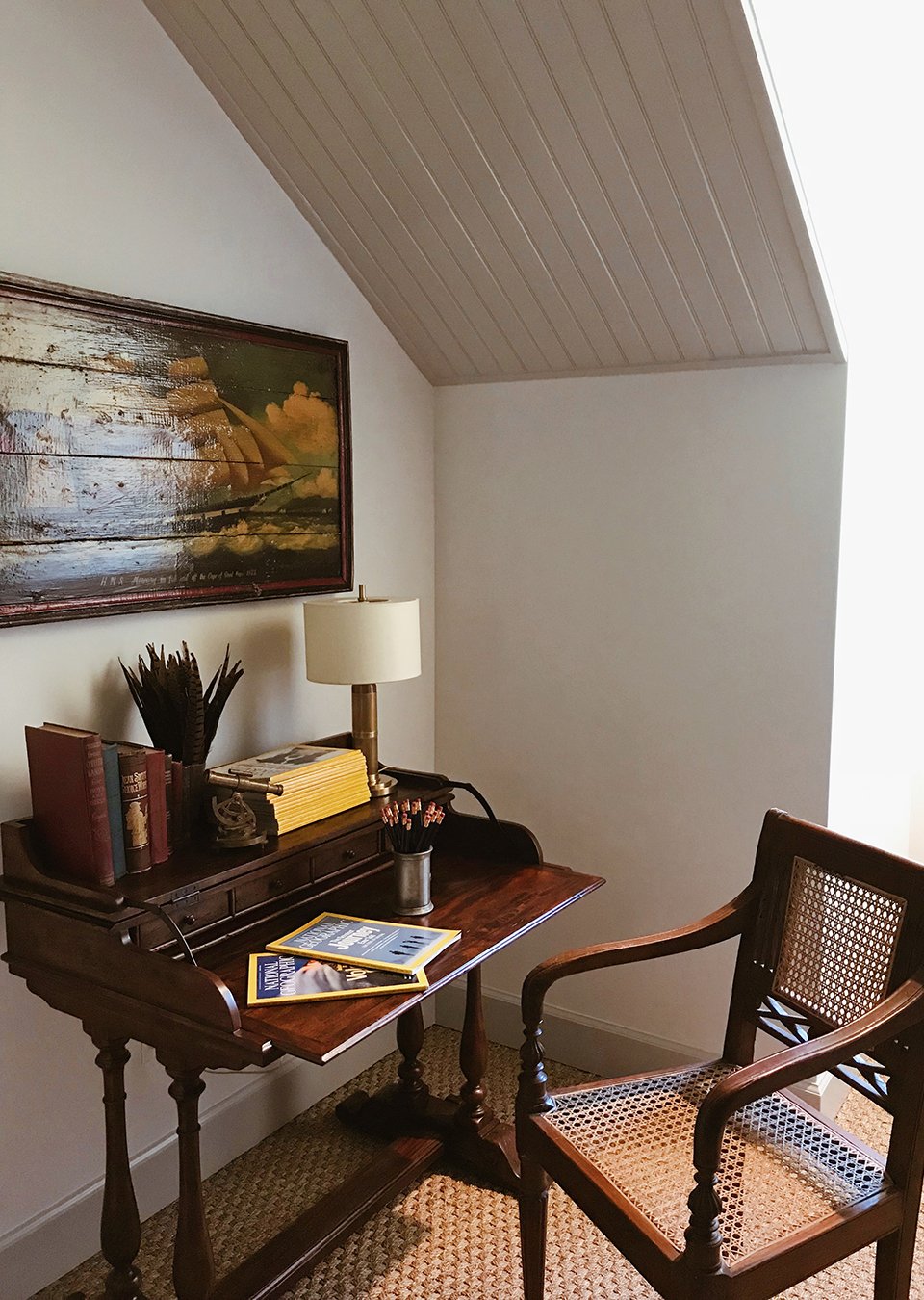 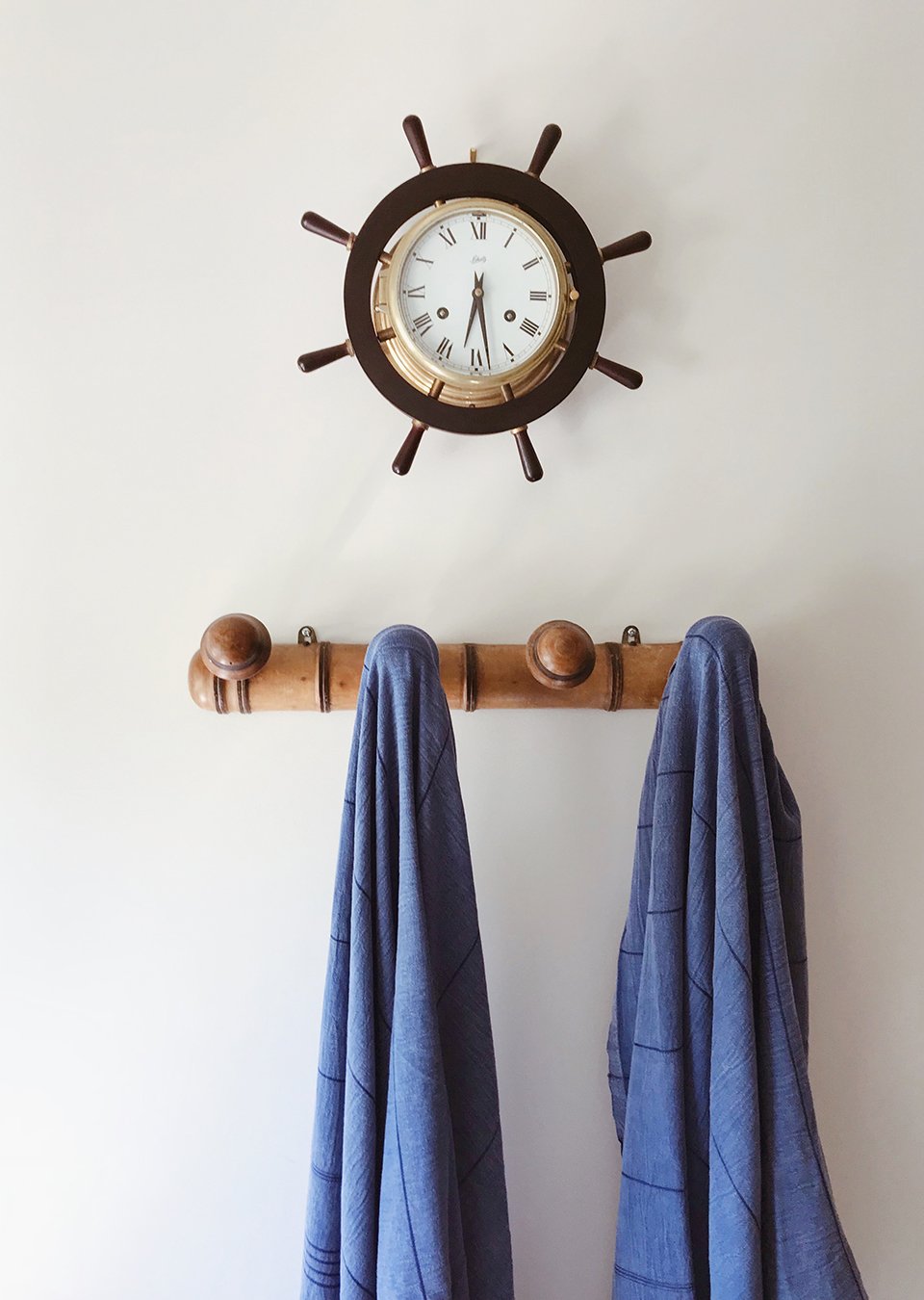 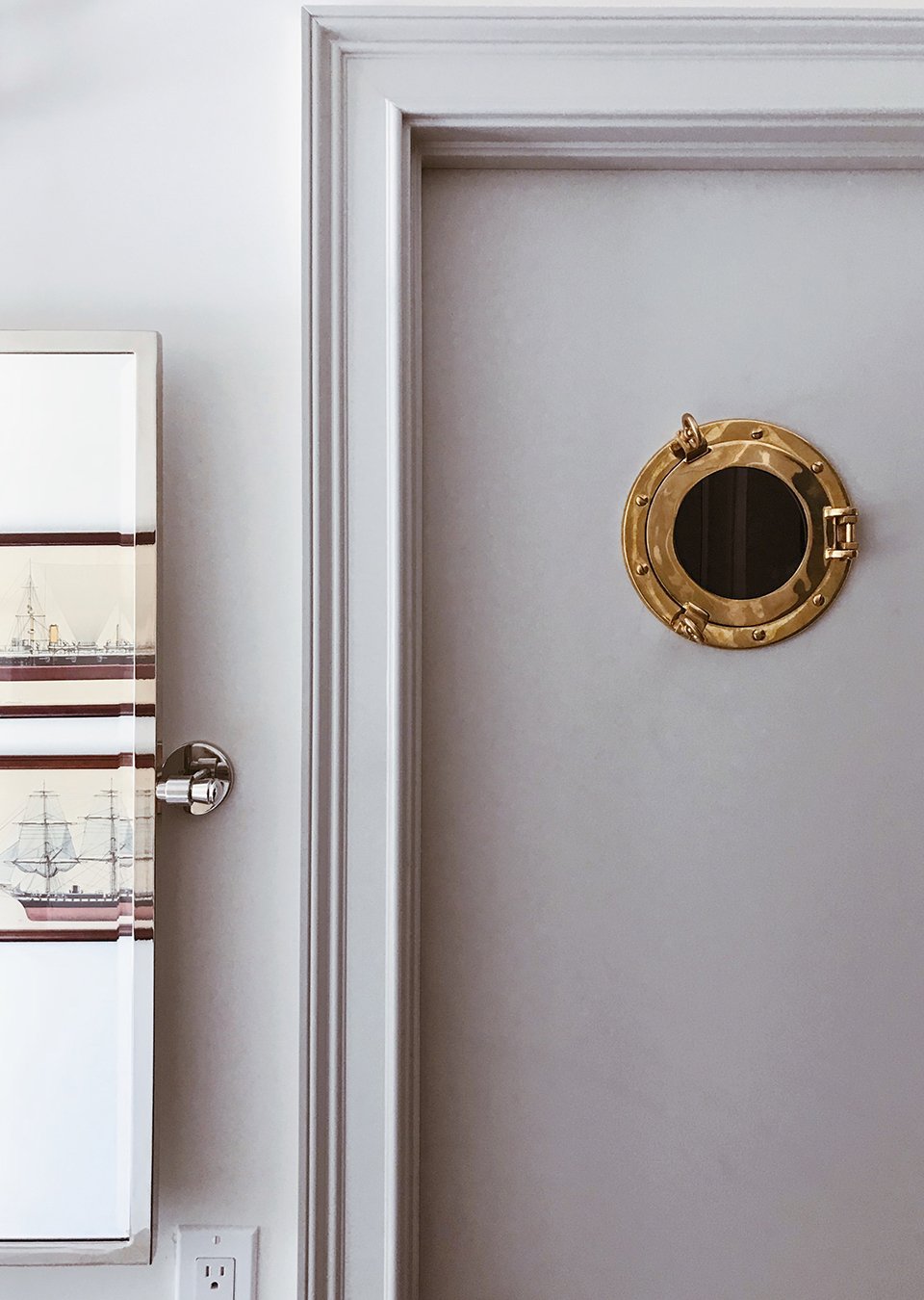 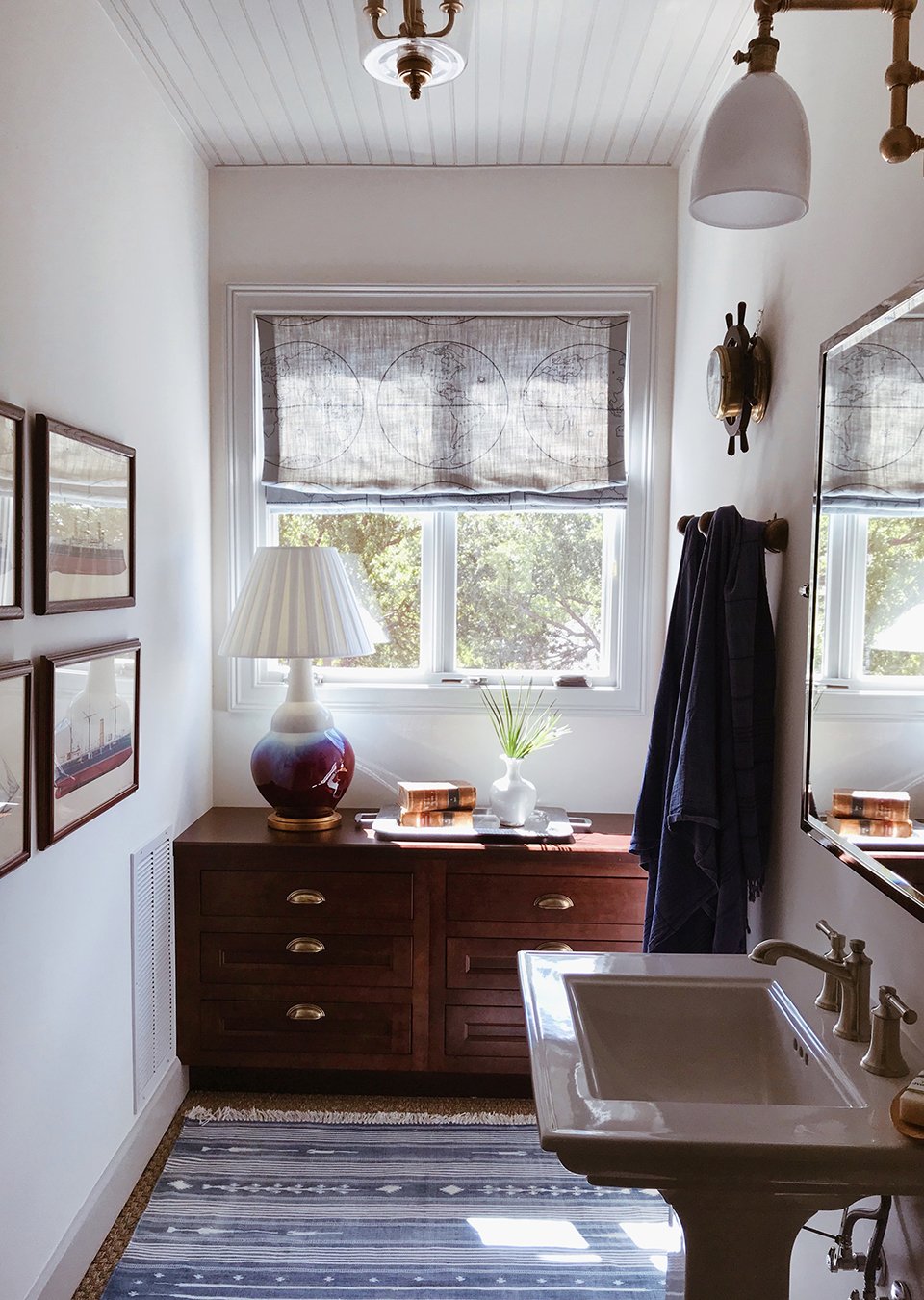 As you can probably tell, I've never been a huge fan of ceiling fans. In fact, I've never owned one, mostly because we've never actually needed them in California. But global warming is real and we can't deny that year after year, temperatures breaking records for longer periods of time - even during those unexpected transitional months. We don't have air conditioning in our home and truthfully, we need a ceiling fan. I want a ceiling fan. I'm getting a ceiling fan! Impressed by all the chic fan options (who knew??), I'm excited to incorporate Hunter fans into our California home without compromising style. Stay tuned! 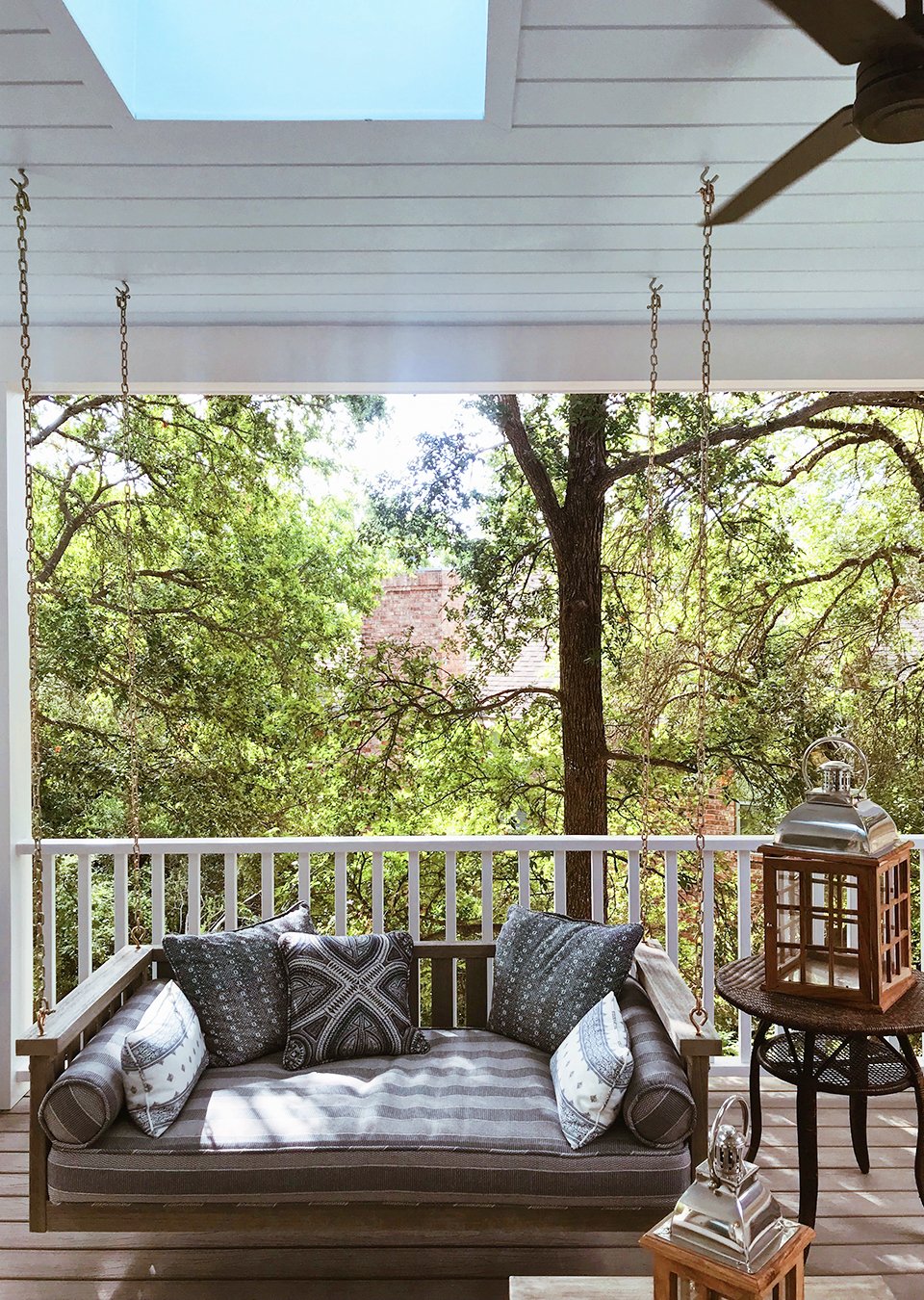 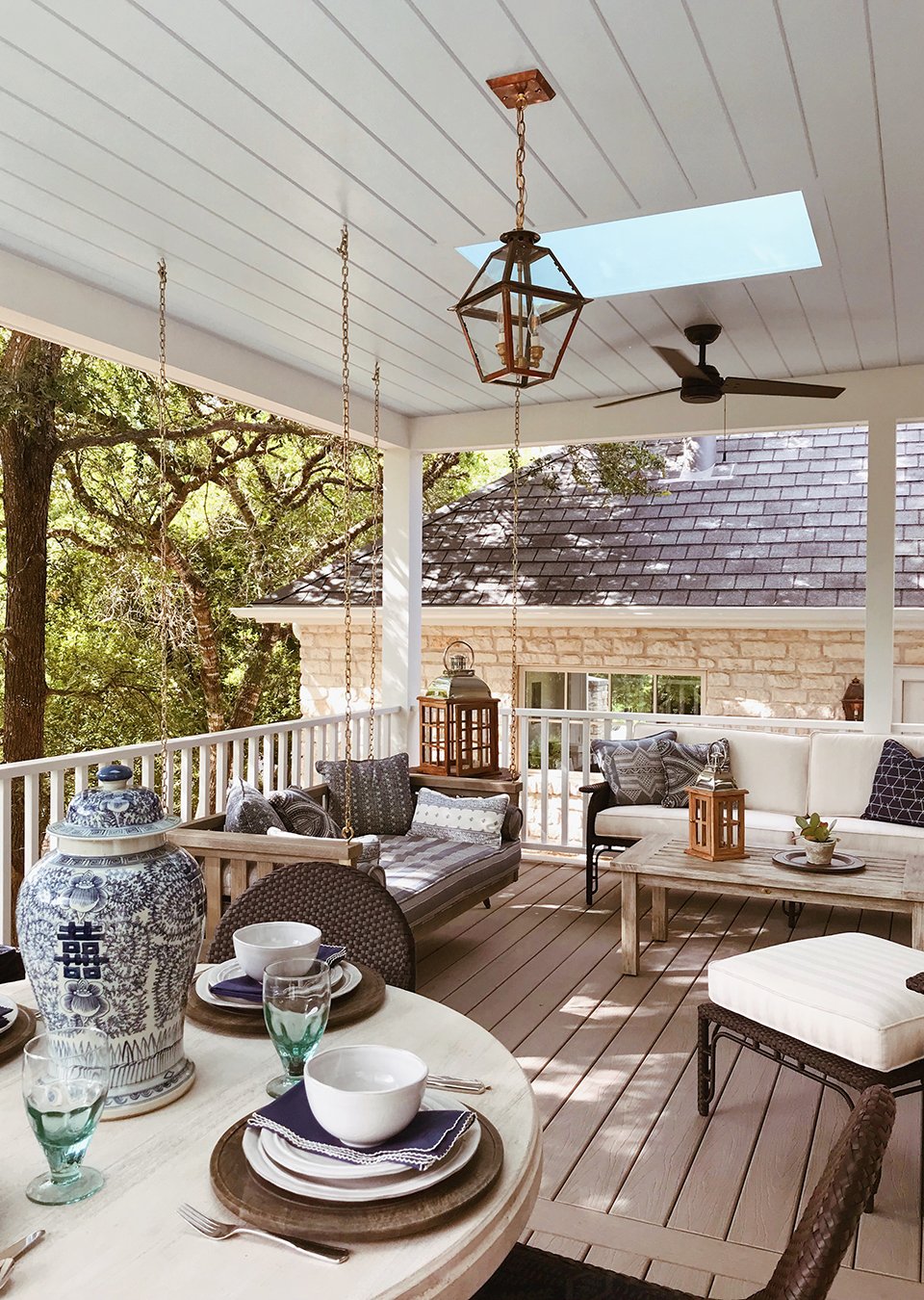 Thank you Hunter Fan Company for this inspiring trip to Austin! Hunter fans in order of appearance: Bennett with Globe in Matte Black, Hunter Original in Chestnut Brown, Wingate in Noble Bronze, Brunswick in White, Signal in Matte Nickel, and Cassius in Brown