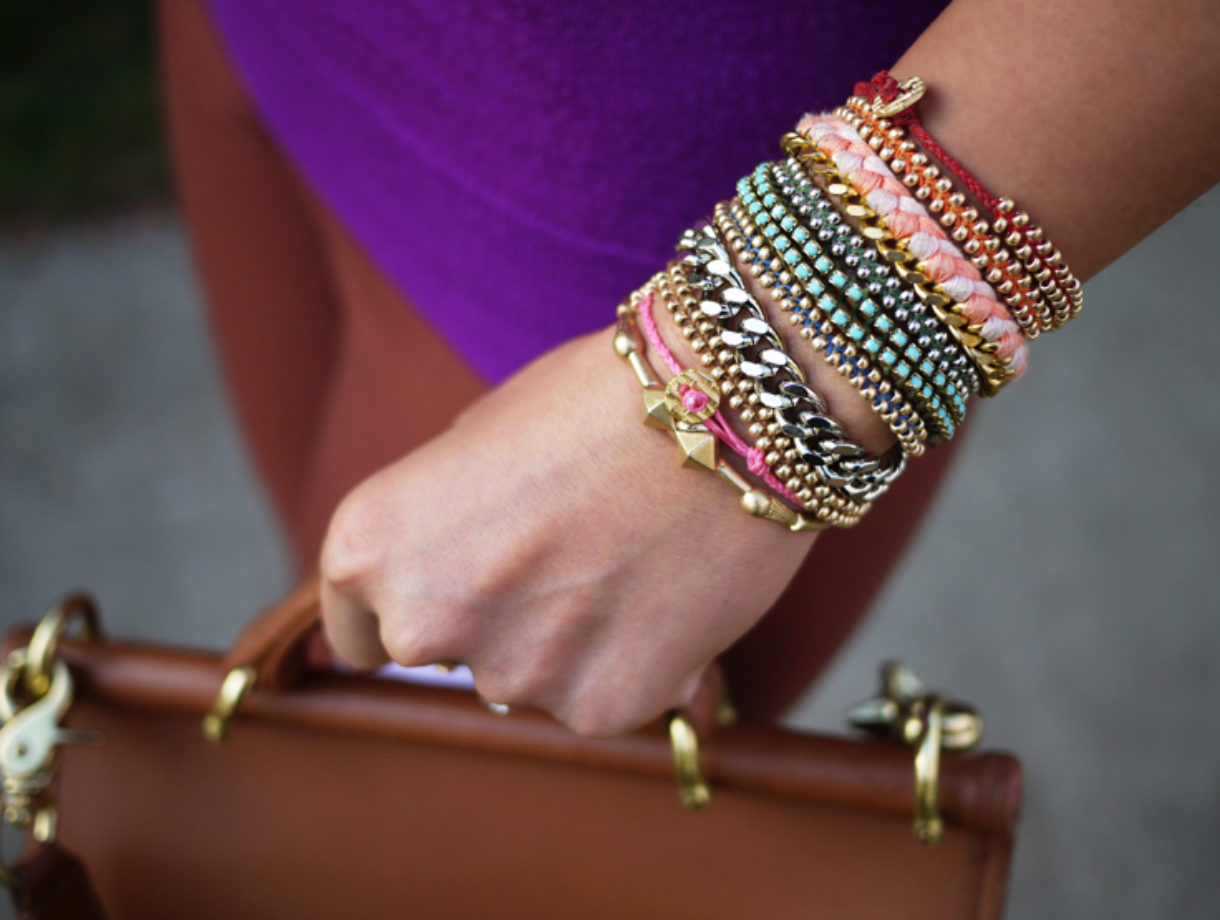 It’s been awhile since our last bracelet DIY. I don’t know about you, but our wrists have been begging for another colorful addition for months now. So after playing with some materials that were already on hand, we’ve created a tutorial for a braided bead bracelet, which is a not so distant cousin of the hex nut and wrap bracelet. Because honestly, you can never have too many . . . 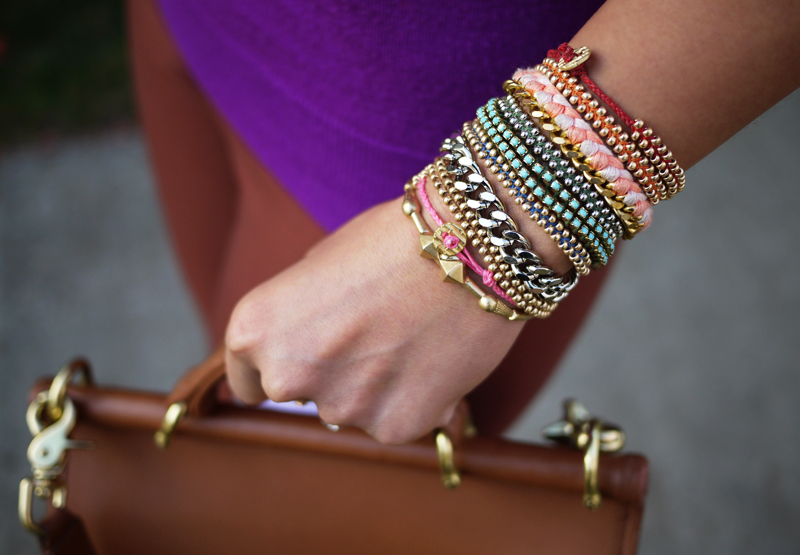 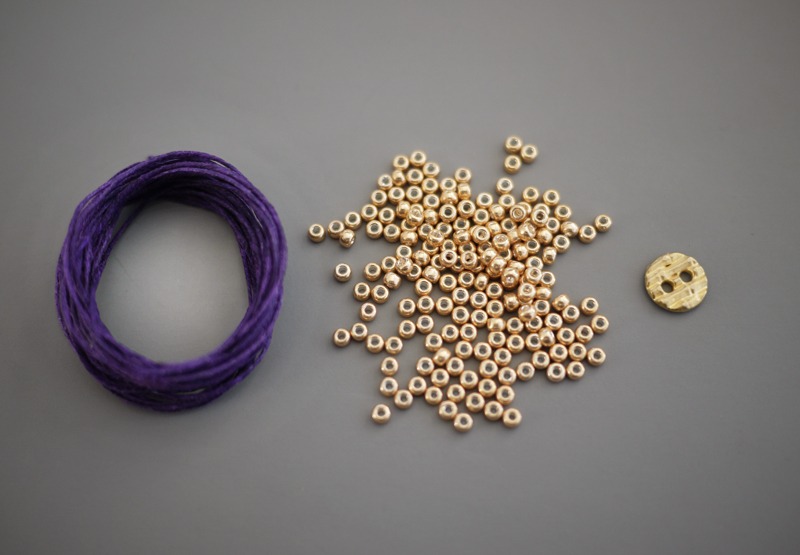 Cut the waxed linen cord into a 26″ and 19″ piece. Fold the longer strand in half. Align one end of the shorter strand with both ends of the longer strand. Fold the excess over the top of the folded piece creating two parallel loops. (Click images to enlarge) 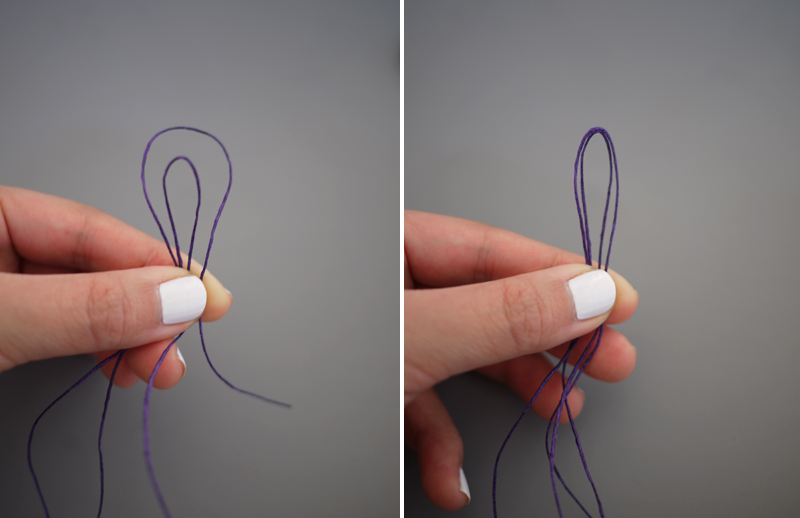 Tie a knot about half an inch down from the loops. Snip off the extra fourth strand, leaving 3 equal strands of equal length. 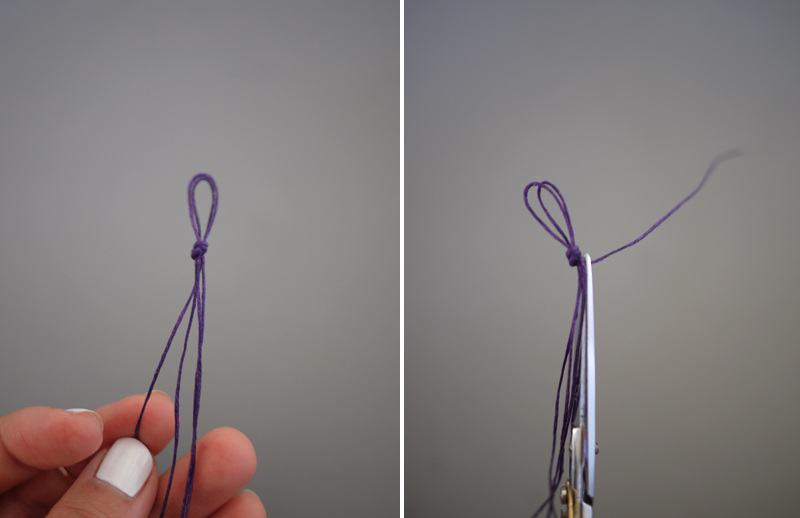 Start braiding the strands. After about an inch or so, braid in the beads. Thread a bead onto the outer left strand. 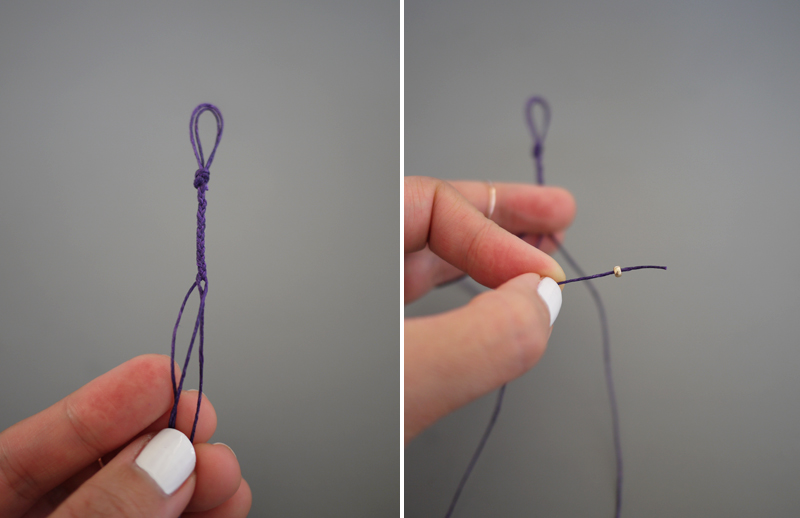 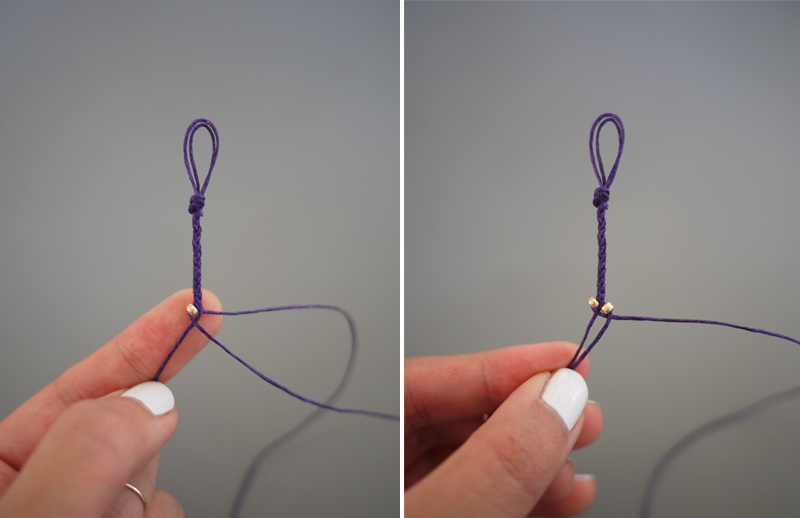 Keep a finger at the base of the braid, holding the beads in their place and keeping the braid tight. Continue threading on beads before each strand is crossed over. 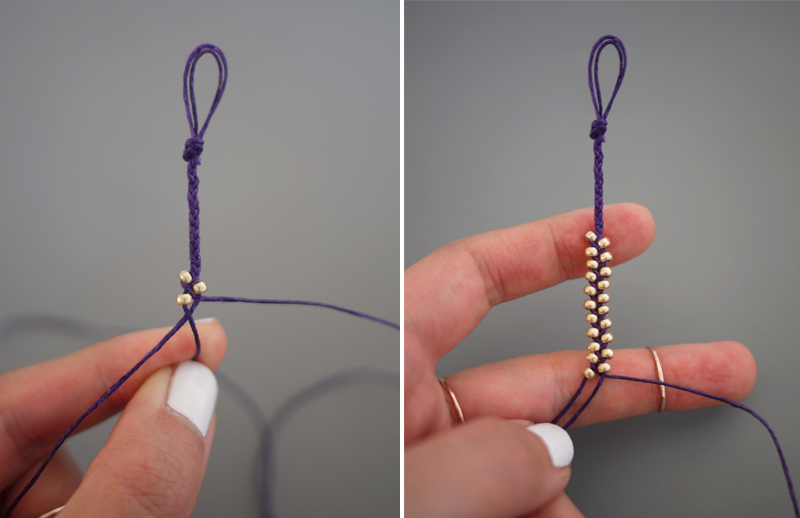 Finish the bracelet with another inch of braided cord, measuring it against the wrist. Tie a knot. 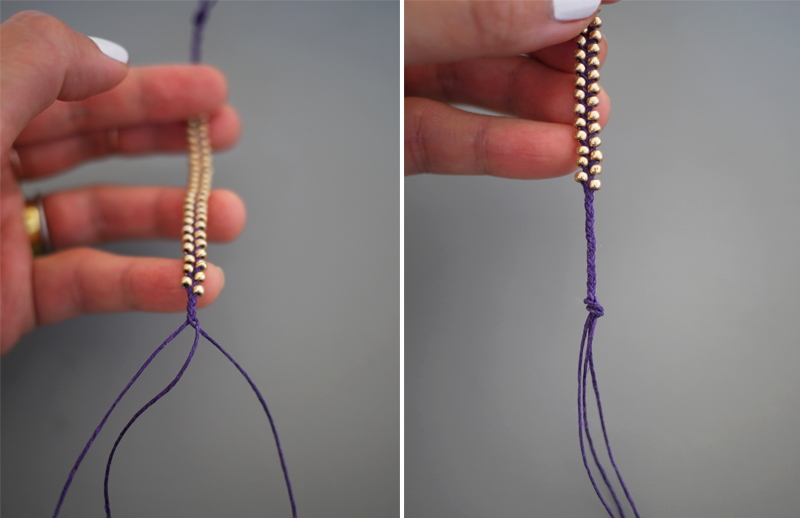 Thread on a two hole button – two strands through one hole and one strand through another. Secure it with another knot. 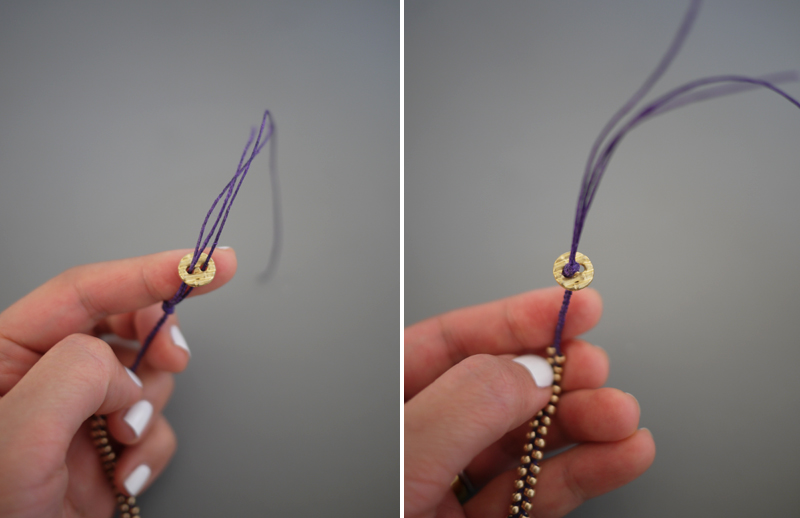 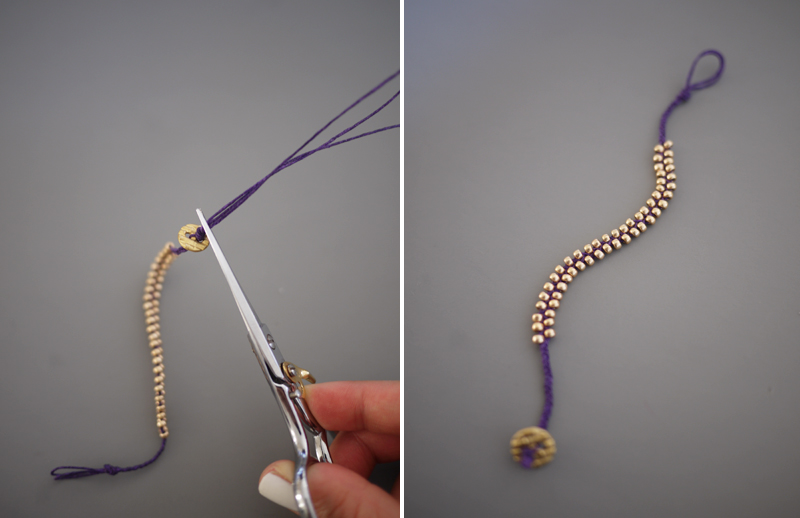 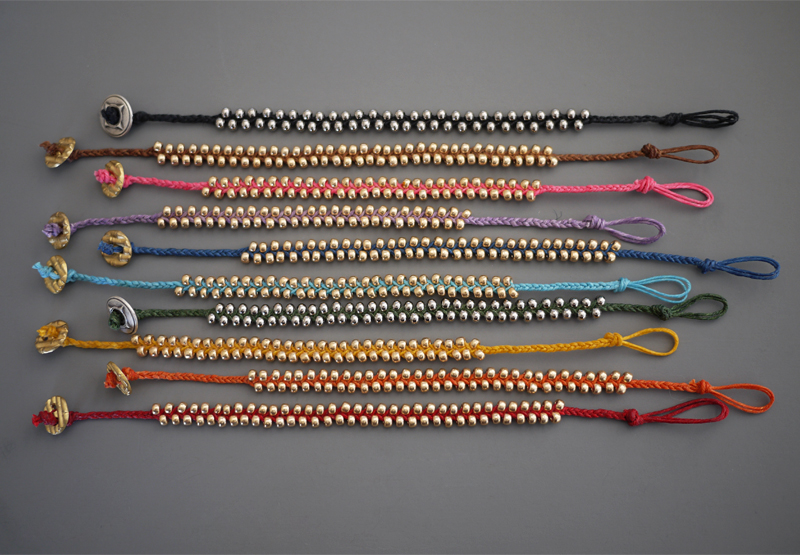 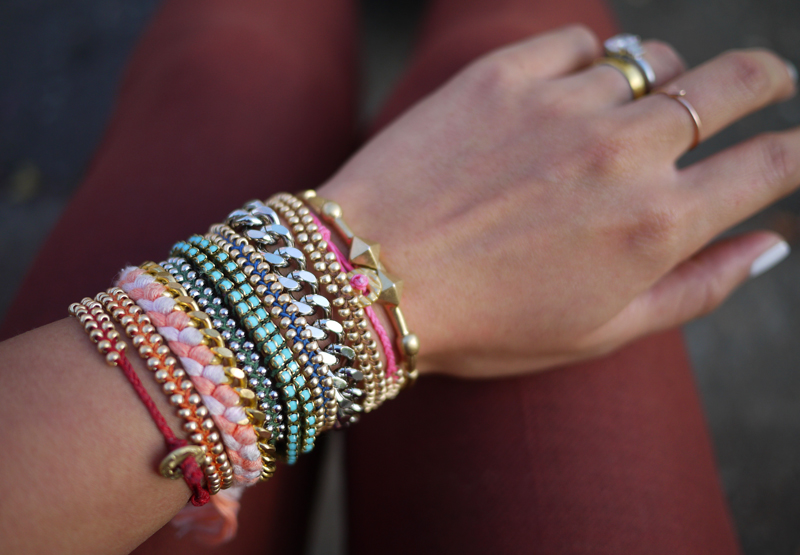 (all images by HonestlyWTF)